OU News
You are at:Home»Around the OU»TV and radio»Documentary shares uplifting stories of those with terminal illness

A Time to Live, a BBC/OU co-production brings to the screen the remarkable and revealing stories of 12 people living with a terminal illness.

The documentary explores the different ways the 12 people, aged from their 20s to their 60s, approach their impending death and the impact on those close to them. Through personal stories, it reveals how the individuals come to terms with their prognosis and shares their moving accounts. In the hour-long programme on BBC2 at 9pm on Wednesday 17 May, the participants speak eloquently and inspiringly about what they’ve discovered really matters in life.

Dr Kerry Jones was the academic consultant on the documentary. She is also academic member of the team for the K260 Death and Dying module, a popular course which attracts those working or wishing to work in care for the elderly, social care and among those with dementia. 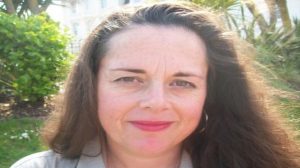 She said: “It is a very powerful documentary. It shows that in terms of what people want when they are near to death, how they experience dying is very individual – there is no one size fits all.”

“It is so important to have the narratives from those who are in this position, to learn from what they say and to make that end of life care better” adds Dr Jones, who has worked in hospitals and hospices as well as in a teaching and academic role in this sphere.

Dr Jones says the programme reveals the sensitivities for all concerned when someone is approaching death:

It illustrates the difficulty of having conversations when people are close to death. We find it hard to have these conversations, we are all affected by death.

The programme also reveals a lot about the bereaved: the plans which those who are dying want to make for the loved ones they are leaving behind and the practicalities involved, she adds.

Dr Jones’ own specific research specialism concerns death, dying, bereavement and end of life care over the life course. This is broad research from perinatal death (stillbirth and neonatal death) through to frailty, older people and individuals who are experiencing dementia towards the end of their life.

The documentary was made by the BBC in collaboration with Wellparks Production Company and the OU’s Health and Social Care Unit, within the Wellbeing, Education and Language Studies Faculty. This series was commissioned by Broadcast and Partnerships in Open Media and Informal Learning and is supported by The Faculty of Education and Language Studies with particular relevance to Q18/R26 – BA (Honours) Health and Social Care

Find out more about K260 Death and Dying course.

The OU’s OpenLearn pages also have extended interviews with nine of the people featured in the programme. They all appreciate and celebrate their remaining lives. Watch more of their stories at http://www.open.edu/openlearn/health-sports-psychology/health/time-live