An exciting week of programmes, delving into the depths of marine life around the globe – begins on Sunday 24 March, in a series co-produced by the BBC and The Open University. 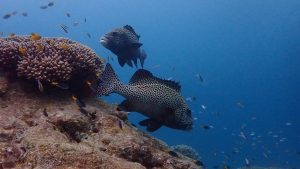 Cameras will capture wildlife live at these hubs where they are breeding and feeding. Whales, sharks, turtles and the deep ocean will be giving a barometer-style gauge to the health of our Blue Planet.

Presenters Chris Packham, Liz Bonnin and Steve Backshall will witness the incredible marine life to see how they are coping in the face of increasing pressure.

Capturing the characters and their behaviours

Dr Miranda Dyson, senior lecturer in Biology, is one of three OU academic consultants on the series. She said:

“Since Blue Planet II first aired on BBC1, the response from the public and politicians worldwide has been phenomenal. The depth of concern about the challenges facing the ocean and it’s inhabitants has been, and still is, nothing less than inspirational.

“Blue Planet Live takes us back to some of the characters that captured our imagination in Blue Planet II and introduces new characters and behaviours as they are happening. More importantly, it explores the current state of the ocean, the continuing threats to its health and the numerous and innovative ways scientists and conservationists are finding to reduce our impact and mitigate further damage.

“We have no doubt that Blue Planet Live will continue to inspire everyone, from young people to policy makers, to continue to protect and conserve our Blue Planet.”

To accompany the series, the OU Broadcast Team has produced a free booklet exploring human impacts on the ocean and what people can do to protect it. Copies can be obtain by calling 0300 303 4144 or by visiting OpenLearn. (please note the website and/or booklet may not be available until after the first transmission). 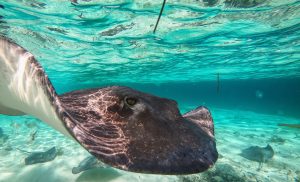 The series starts at 8pm on BBC1 on Sunday March 24th and continues on Wednesday 27th, Thursday 28th and concludes on Saturday 31st March.