OU News
You are at:Home»Around the OU»TV and radio»BBC and OU examine Babes in the Wood killing in exclusive documentary 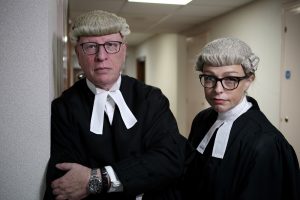 Now an exclusive documentary co-produced by the BBC and The Open University sheds light on the case, following the re-investigation and proceedings from an early stage and sharing the experiences of the children’s families.  The Babes in the Wood: The Prosecutors will be broadcast on Monday 7th January, 9pm, BBC2.

On 9th October, 1986, nine-year-old friends Karen Hadaway and Nicola Fellows went out to play and didn’t come home. The whole estate turned out to look for the two, but they were found lying dead in undergrowth in Wild Park, on the outskirts of Brighton. Both had been strangled and sexually assaulted.

Police arrested a man the girls liked and trusted, twenty-year-old Russell Bishop and in 1987 he was put on trial. But the jury took less than two hours to acquit him of the murders.

Under the law at the time, Bishop could not be retried even if new evidence were to be found. The families of the murdered girls had to endure years of agony, without any prospect of justice for their lost children. Until 2005, when the double jeopardy law was abolished, rekindling the hopes of the families.

Bringing a case back to court

Following the case as police and scientists used cutting edge methods to uncover new evidence, the documentary shows how the case progresses as the CPS decides to pursue a new prosecution.

“This programme demonstrates how demanding it is to bring a case back to court under the double jeopardy rules. We see the significance of advances in forensic science, particularly DNA testing, but also that the scientific evidence can only tell part of the story.” 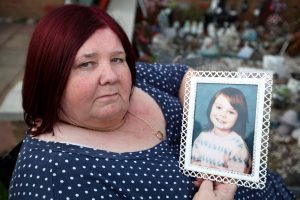 Karen’s mother, Michelle (pictured), described the process of the second trial as “traumatic and heartbreaking” but also spoke about how “justice has been done”.

Dr Derry comments: “The programme gives real insight into the value of achieving justice even when decades have passed since the original crime, especially for the victims’ families.”

Study Law with The Open University