OU News
You are at:Home»Around the OU»TV and radio»2020: an award winning year for OU/BBC TV and Radio

Here we look back at some of the highlights of the OU/BBC co-productions from the past year and look ahead to see what 2021 will bring: 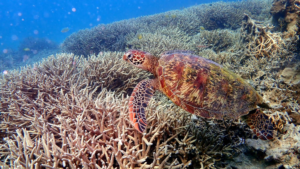 A major highlight of the year was the success of Blue Planet Live, which took home gold at the first virtual British Academy Television Awards (BAFTA) aired on BBC One in July. Up against stiff competition, the marine life series triumphed and received the award for Best Live Event.

Blue Planet Live, a four-part series for BBC One, showcased marine life from all corners of the globe while exploring the health of the planet’s oceans. OU nominated academics Dr Carl Boardman, Dr Toni Gladding and Dr Miranda Dyson provided scientific expertise across the series. 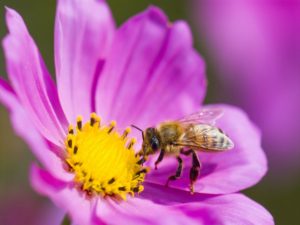 OU Pollinator Watch is a citizen science social project which ran on the award-winning nQuire platform as part of BBC2’s Springwatch and went live during the first lockdown in the UK.  The Academic Consultants on the series and authors of the mission were,  Dr Clare Lawson , Lecturer in Environmental Sciences and  Dr Andy Morris, Senior Lecturer in Geography.  The project had more than 7,800 responses and academics found that 70% of participants said the lockdown had made them more aware of nature. 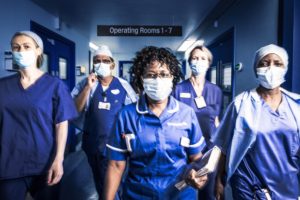 The year saw two series of the powerful and award-winning documentary Hospital. The first came in February when cameras captured life in seven hospitals in Liverpool amid rising waiting lists. Then, as COVID-19 became a reality, the series returned and followed life on the frontline in the fight against the virus at London’s Royal Free Trust. OU academics Cathy Lloyd, Professor of Health Studies and Julie Messenger, Professional Lead for Nursing were the OU academic consultants for both. The sixth series was filmed at three London hospitals; Barnet Hospital, Chase Farm Hospital and the Royal Free Hospital.

Secrets of the museum 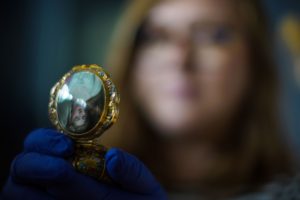 In February a fabulous new series began following experts and conservators as they battled to keep the past alive, breathing new life into fragile marvels, and uncovering hidden stories. Secrets of the Museum shown on BBC Two was a six-part OU/BBC co-production that let cameras go behind the scenes at the world-famous Victoria and Albert Museum.

Travels in Euroland with Ed Balls 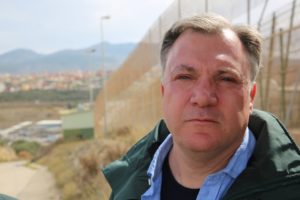 The year started with a new three-part series – Travels in Euroland with Ed Balls  featuring former politician-turned presenter Ed Balls. Following on from the success of Travels in Trumpland, Ed headed to Europe to discover how the divisions exposed by Brexit are reflected in the rest of the EU.

The Age of Image 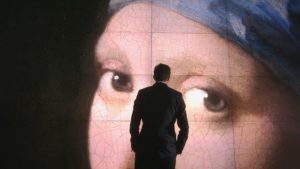 In March came a fascinating look at how the image has developed across the ages and transformed our lives. The Age of the Image, tells the chronological and thematic history of the image right from the early 20th century, through commercialisation and up to today’s digitalised world.

Child of our Time 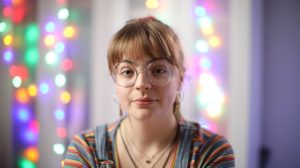 Child of Our Time, the ground-breaking series that began 20 years ago filming a group of babies from the moment they were born, returned to BBC Two In March. The one-off episode draws on hours of archive footage to shape a picture of childhood as the first generation of the 21st century. OU Academic Consultants, Professor John Oates and Shelia Curran were involved in advising and shaping production.

On radio, Green Originals assessed some of the work of the early scientists, campaigners and influencers. It’s also been a time of new opportunities as the BBC extended its reach and we diversified to engage with younger audiences across digital channels including some very successful social media campaigns. We have continued to add to our BBC Ideas Playlist which features OU academic’s research and to date have over 2 million views.

The year 2021 will mark the 50th anniversary of the University’s unique partnership with the BBC, an exciting year ahead which we will be celebrating in style with lots more fantastic co-produced content and programmes to look out for, including …

This new, landmark five-part natural history series, presented by Sir David Attenborough, will show how the forces of nature – weather, ocean currents, solar energy and volcanoes – drive, shape and support Earth’s great diversity of life. In doing so, it will reveal how animals are perfectly adapted to whatever the environment throws at them.

A new three-part series will take us into the morally complex and endlessly fascinating world of surrogacy, featuring powerful, personal stories of surrogates and intended parents as they embark on the extraordinary journey to make a baby.

This major, new three-part series will go behind closed doors to tell the story of what happened as Trump’s election pledges became America’s foreign policy.

Patrick Kielty, My Nation, Its Border and Me *working title* (BBC1, Spring 2021)

To mark 100 years since the creation of Northern Ireland, Patrick Kielty will explore its story, from partition through to present day.  With his inimitable style and a strong dose of humour, Patrick will embark on a journey to uncover some of the turning points in Northern Ireland’s history, meeting people whose stories have an intimate connection some of the key moments and discovering how their remarkable stories intersect with those of his own family.

This two-part documentary series will examine the rise of exclusions in primary schools by looking at behaviour in school children in a British primary school. We will follow training expert and ex pupil referral head teacher, Marie Gentles, as she seeks to remedy behavioural concerns by working with staff, parents and students, in order to keep the pupils in school.