OU News
You are at:Home»Around the OU»TV and radio»2015’s broadcast blockbusters from The Open University

Over 30 co-produced programmes with the BBC and Channel 4 inspired our viewers and listeners this year. Here are some of the most popular series from 2015:

Countdown to Life: The Extraordinary Making of You told the thrilling story of how you were made, combining human stories with ground-breaking computer generated imagery (CGI). You can still play our interactive game to explore genetics.

Narrated by David Attenborough, The Hunt captivated audiences with its stunning films of predators in the wild – from polar bears stalking seals out on breaking ice to nature’s smartest spider.  The unique footage from this series is incorporated into our courses, the posters to go with it were in huge demand and the augmented reality app really brought things to life. 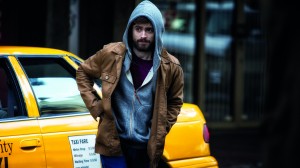 In 2015 we were part of two BBC campaigns – as part of ‘Make it Digital’ we co-produced the popular drama The Gamechangers on BBC2. Starring Daniel Radcliffe and Bill Paxton, this told the story of the battle behind the hit video game Grand Theft Auto.

Our academics appeared on-screen in The Secret Life of Books on BBC4, and could be listened to on Radio 4’s Thinking Allowed and Inside Science. 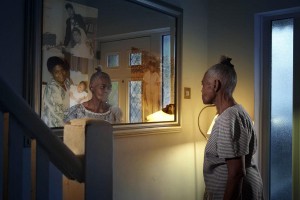 With the prediction that in the future one in three people in the UK will be affected by dementia, the examination of this disease on Channel 4 in Dementiaville was thought-provoking.

In Chasing Perfection, presenter Michael Johnson looked at what makes a world-class athlete and how sports science has developed over the past 20 years.

2016 will be another exciting year with programmes marking the 400th anniversary of Shakespeare’s death on BBC1 and on the World Service, a new drama about the Bronte sisters, To Walk Invisible, the return of Child of our Time, and a series in which The Hairy Bikers bring young and old together to explore the value of inter-generational relationships.

The OU has partnered with the BBC for over 40 years to produce educational radio and television broadcasts – this has evolved from late night television lectures to prime-time blockbusters today such as Frozen Planet, Bang Goes the Theory, Coast, The Hunt and Business Boomers.