OU News
You are at:Home»Around the OU»A creative education – a writer’s insight

Dr Ed Hogan, Lecturer in Creative Writing at The Open University, and a successful novelist, offers an insight into the reality of being a writer and finding inspiration in unlikely places…

Where do you get your ideas from?

Often, writers hate that question. Is it because it might lead to an uncomfortable revelation? Did they steal their idea from an episode of TV documentary ‘Scrap Kings’? (Guilty!) Did they simply write about their mean older brother and change his name?

Robert McKee – as played by Brian Cox in the film Adaptation – will tell you that ideas are everywhere:

People are murdered every day! There’s genocide and war and corruption! Every day somewhere in the world somebody sacrifices his life to save someone else!…Someone goes hungry! Somebody else betrays his best friend for a woman!… If you can’t find that stuff in life, then you, my friend, don’t know much about life!

A box of tricks

Bob’s right, of course. There’s raw material in the real world. In 1999, I was a student in a creative writing class at the University of Derby, led by a gentle teacher called Brendan Murphy.

He gave us a box of newspaper cuttings. Pick three, he said, and see if you can write a story. The three I picked became novels, the latest of which was published this August. That sounds like bragging, but it took 21 years. If I could find Brendan, I’d ask him for another box. 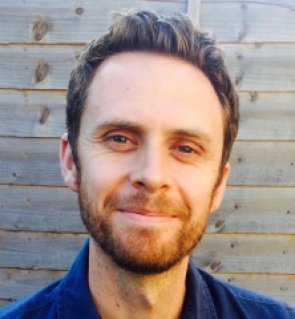 These days, I feel relieved when I fall deep into writing a story. I feel like I’m outside myself. It’s rare.

One day, while writing my last novel, I sat in a Vauxhall Astra at a suburban roadside in Brighton, and scrawled scene after scene of dialogue. Surrounded by crisp packets and that weird moss which grew on the insides of the Astra’s window seals, I felt amazing. But that feeling only lasted two hours, and it took me six years to finish the book.

As an academic subject, Creative Writing focuses on form, technique, and style, all of which are tangible and teachable. It’s harder – more embarrassing – to talk about the ‘creative process’, but I believe it’s worthwhile.

That good feeling comes and goes. In 2005, I volunteered in London schools, assisting a writing tutor. One day, we visited a class of friendly eight-year-olds in Wapping, most of whom were bilingual. We sat in a circle, and my colleague, the tutor, asked us to say how we felt when we wrote. ‘Ed, you go first.’

My first novel had been rejected twenty times, and I’d stalled on the second. ‘It’s just so hard,’ I said. ‘I feel like everything I write is useless. I chuck most of it out. I end up playing Minesweeper…’

On I went, depressingly, for ages. When I looked up the kids were staring, confused.

The writing tutor scowled. ‘That’s very interesting, Ed, because when I write,’ she said, her teeth gritted, ‘when I write, children, I feel completely free. Like I’m flying. Like I can do anything.’

Louise is part of the External Communications Team, working with Media Relations and Social Media Engagement Team. When she is not working, Louise is studying for BA (Hons) in Arts and Humanities (Creative Writing) with the OU. Louise enjoys playing netball, reading, watching her beloved Chelsea FC and motorsport, while raising two boys.