In 1998 two meteorites fell to earth, and on them were minuscule sapphire-coloured salt crystals. Now, 20 years on, science lab equipment is finally powerful enough to analyse these crystals – and the results have been startling. Organic compounds and liquid water have been found together for the first time on these 4.5 billion year old meteorites; with the salt crystals essentially containing the ‘building blocks’ of life.

What has been discovered on the meteorites?

“We analysed two meteorites, Zag and Monahans, which fell to Earth in 1998. In each of the meteorites, there were tiny salt crystals – about two millimetres in size. The salt crystals contain amino acids, which form the basis of proteins, and liquid water.”

Why is this significant and why have the meteorites not been analysed before? 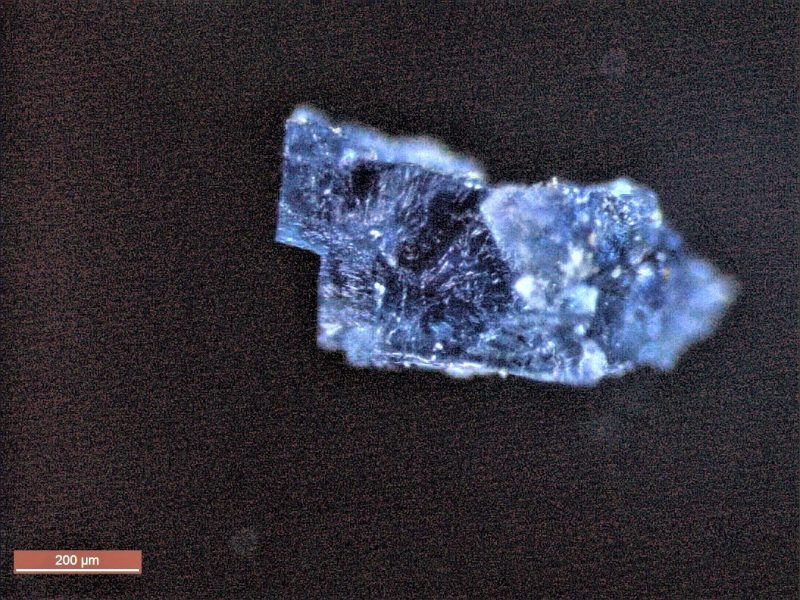 “The salt crystals, which show a similar colour to blue sapphire, are essentially little packages full of organic compounds including amino acids – the building blocks of life.

“This was actually the first comprehensive analysis of the salt crystals on Zag and Monahans. They have been stored for almost 20 years and we have been waiting for the development of lab equipment powerful enough to analyse what is in each crystal at nanoscopic scales.”

Where were the experiments conducted?

“It was really important not to contaminate the meteorite samples, as we wanted to know what organic compounds were on them originated from space. We conducted the experiments in the cleanest laboratories in the world at the NASA Johnson Space Centre, which avoided any contamination from things such as dust in the air.”

Were the salt crystals always there?

“We know that the Zag meteorite broke away from a particular asteroid. However, we believe the salt crystals are from another object in space – the largest asteroid in the asteroid belt, Ceres; it suggests that Ceres could be a water-rich world that is a suitable place for the formation of life.”