OU News
You are at:Home»Arts and social sciences»Psychology»OU academic dispels the myths about autism

What is autism? What causes it? Will there be and, indeed, should there be a cure for autism? Senior Lecturer in Psychology at The Open University (OU), Dr Ilona Roth, debunks the myths about the condition and explains how the latest research is changing our perception of autism… 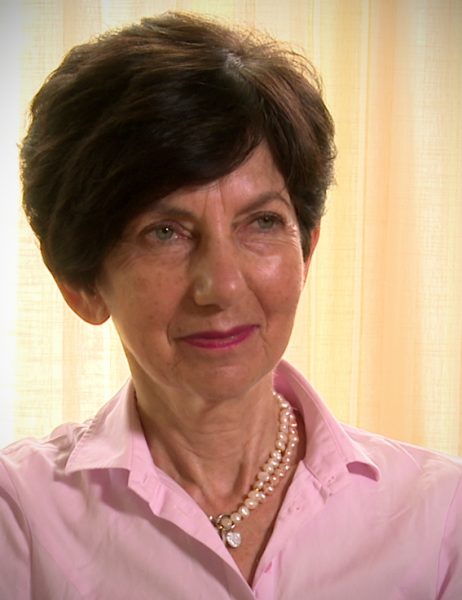 Senior Lecturer in Psychology at the OU, Dr Ilona Roth

What is autism and what is the impact on those who suffer from the condition?

Autism is a lifelong developmental condition, which affects people in two main ways: their ability to communicate, to interact socially and to make friends is hindered; and there is also a tendency to engage in repetitive activities, adhering to familiar, predictable routines and environments. Many people with autism also have atypical sensory sensitivities, such as being unable to tolerate particular smells, tastes or textures.

Autism is also characterised by strengths, though these aren’t part of the diagnostic criteria; for instance people with autism often have an excellent eye for detail, or advanced spatial and visual abilities. Each person with autism will manifest the condition somewhat differently, which has led to the idea of autism as a spectrum with the core challenges expressed in different ways and to different degrees.

What is the root cause of the condition?

Researchers are still trying to understand just what factors may cause autism, and how far these are similar in different cases. What we do know is that there are strong genetic influences (so that, for instance, the condition may affect more than one person in the same family); but there is no single gene for autism, and the multiple genes that have been implicated seem to differ between individuals or groups with the condition. There also seems to be subtle differences in how the brain functions in autism. There may be environmental risk factors, but these aren’t yet understood.

The life consequences of autism are often profound. Children may be bullied at school and often feel isolated and excluded; many adults remain dependent on their parents without opportunities for employment; they may suffer from depression and other mental health problems.

What is the difference between Asperger Syndrome and autism?

Asperger Syndrome is, in effect, a form of autism. Those who have Asperger Syndrome are high-functioning (i.e. don’t show the characteristic delays in language development and are much less affected intellectually); there are still difficulties with communication and social situations, and a strong need for familiar routines and activities.

There have recently been changes in how professionals diagnose autism, such that Asperger Syndrome is no longer considered a sub-condition of autism. This is because it is often difficult to distinguish reliably between Asperger Syndrome and other forms of autism. The new approach sees autism as a spectrum on which each individual case is characterised in terms of a profile of difficulties and strengths.

Will there ever be a cure for autism?

Autism was only first recognised as a condition in the 1940s, which is relatively recent. There has been substantial progress helping and supporting autistic people, and early intervention is thought to be especially effective. Despite this progression, autism remains a lifelong condition, and the idea of a ‘cure’ is controversial.

There are many within the autism community and beyond who would argue that the condition is a difference, not a disability, and thoroughly reject the idea that it needs to be cured. This has divided opinion. Parents of children with severe autism, for example, may be more in favour of discovering a cure for their child.

What does your research at the OU currently focus on?

One topic I am interested in is capacity for imagination in autism. The stereotype is that autistic individuals have little imagination, yet recent studies suggest that they can be highly imaginative. In previous work I have focused on poetry written by those on the autism spectrum, looking at the use of imaginative language such as metaphors, and expressions of thoughts and emotions. Poetry written by those with autism can be just as engaged and imaginative as poetry by those without the condition. There are also some autistic individuals who show exceptional talent in fields like visual art and music.

What I am aiming for next is a collaboration with researchers from other universities using performance arts techniques to explore and promote imagination in young people with autism, and especially, how we can use such techniques to enhance the well-being of individuals with autism.

What courses are available for those interested in learning more?

Understanding the autism spectrum (SK124) is a 20-week course by the OU, which is an introduction for anyone wanting to know about autism: you could be a parent of a child recently diagnosed with autism; a healthcare professional; a person on the spectrum; a psychology student; or just have an interest in the condition.

The course provides an introduction to the characteristics and features of autism; current diagnosis; biological and psychological theories on the causes of autism; and approaches to supporting individuals with autism and their families. You will consider the perspectives and experiences of autistic people, and current debates such as whether there may be under-diagnosis in females.

There is also lots of information available from charities and organisations, for example, The National Autistic Society.