A boarding school manager from Birmingham talks about the “lightbulb moment” he realised his career ambition in a new podcast series, hosted by presenter Gemma Cairney.

Life … On Our Terms is an eight-episode podcast series from The Open University (OU) discussing a range of topics about life and the inspiring routes to success taken by some famous names. The series also hears directly from young undergraduate students of the OU, who each have a fascinating story to share. 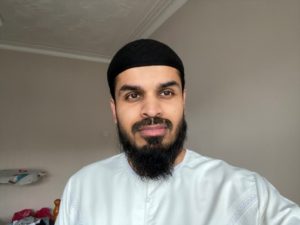 Episode One features 28-year-old Syed Bilal Ahmed, head of boarding at a school in Kidderminster, talking to former Radio 1 DJ and Birmingham-born Gemma Cairney about education and his personal route to gain a degree. Syed is a second-year student at the OU, studying a BA (Hons) in Health and Social Care.

Syed told Gemma it is his ambition to be an Ofsted Inspector and how his career goal was inspired by an inspection at his school by Ofsted. During the visit, he got chatting to the inspector and they discussed the idea of university. When Syed said he was too busy with work to take time off and get a degree, the inspector suggested the OU and the rest, as they say, is history.

Speaking to multi-award-winner Gemma, 35, who admits her own path to a successful career was far from average, Syed likened the opportunity to a lightbulb moment:

“I just thought kerching! This is it. I’ve always thought about going into university, but I just don’t have the time. You know, working full-time and I have a family that depends on me.

“I think education never stops for a person; it just carries on. It doesn’t matter if you’re 20, 30, 40, 50. That’s the great thing about The Open University, it doesn’t matter where you are at, what state you are in, in your life you can carry on studying.” 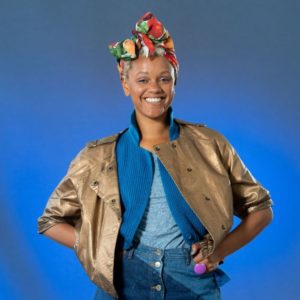 He told Gemma that the support of the student community at the OU is also something which surprised him. He’s enjoyed online chats with fellow students on forums, even meeting in person in between the lockdowns of the pandemic.

“The student community is great. It is very supporting and one of the best things about the OU, it’s something that keeps me going.

“Since joining the OU I’ve realised that by studying I can get somewhere high up the ladder, I can carry on climbing the ladder. I would have never dreamt of that before.”

Gemma described his story as “very inspirational” and said:

“What you’re doing really shows an approach to kind of forward thinking, in terms of how it doesn’t matter what role you have in your working world, you want to continue learning.”

Each week on the series, Gemma is joined by another well-known guest who has forged their own, very successful path in life. On this occasion it was British spoken word artist, poet, rapper and podcast presenter George Mpanga, better known as The Poet, who joined her to discuss his personal career path through education, his love of lifelong learning and how society can make education more inclusive.

The multi-talented artist and author says he is back on the learning path doing a PhD on the topic of value innovation, which he describes as “a little bit economics, a little bit education”.

To hear Gemma talking to Syed and George The Poet listen to the podcast here: https://podfollow.com/life-on-our-terms