OU News
You are at:Home»Student stories»‘I completed my degree … and met the love of my life!’

When Jane Cole began studying with The Open University in 1975, she never could have imagined just how life-changing her university experience would be. Not only did a degree boost Jane’s teaching career, a chance encounter in a tutorial group led to Jane meeting the love of her life!

With dreams of becoming a teacher, Jane had originally attended a teacher training college but became discouraged with the lack of teaching practice in the course. “I knew I needed to get out and teach children,” says Jane, who chose to leave college in her final year, armed with a teaching certificate.

Soon though, Jane realised that teaching was to become a graduate profession and she would need a degree to progress her career further. When she heard that The Open University would allow students to transfer credits from previous qualifications, she says she ‘jumped at the chance’ so she could ‘upgrade’ her teaching certificate.

“With no education foundation course, I chose to study the T100 Technology Foundation degree. This helped as I was working as a camera operator in educational TV at the time.” 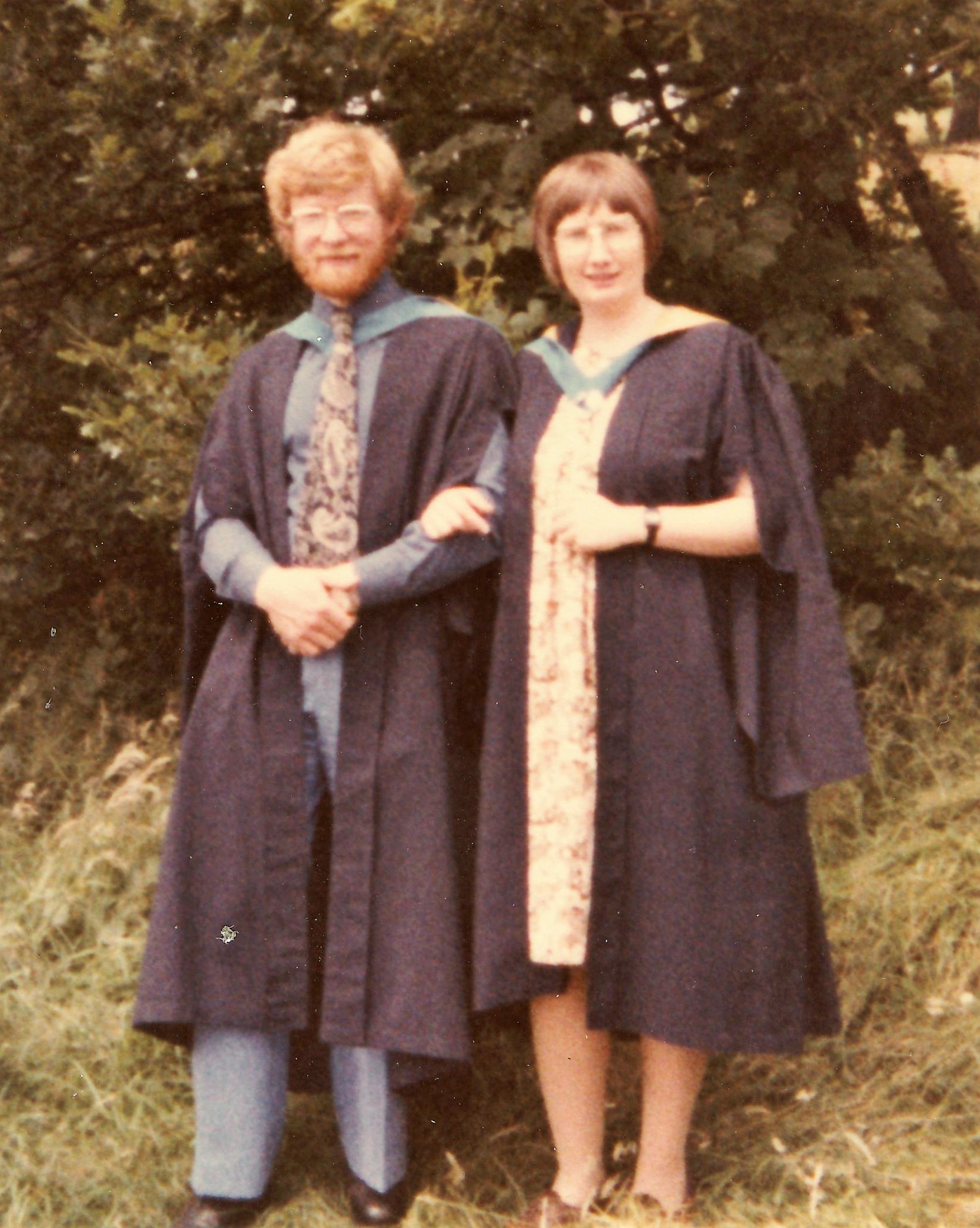 Jane and Graham at graduation

“Our tutor group met at Pimlico School,” explains Jane. “It was great to meet other students and our tutor Chris, who was an excellent facilitator, joined us for a drink after the tutorial.”

By the end of the course Jane says there were only two students left who would go for a drink with Chris, herself and another student named Graham.

“I found the mathematics part of the course a bit beyond me,” admits Jane. “So I asked Graham for help. We have now been married 44 years!

“We both graduated but sadly lost touch with tutor Chris. However, he lives on for us in the naming of our son – who attended our graduation ceremony at Alexandra Palace as a large bump under my gown.”

Jane went on to enjoy a varied career in education, working as a head teacher, local authority advisor and with a national children’s charity.

“Having a degree has made a huge difference to my career,” says Jane. “I was able to take a variety of related jobs where the entry needed both my teaching qualification and a degree.”

Jane’s husband Graham worked as a civil engineer after completing his OU degree and separate engineering qualifications. He had previously been unable to attend a bricks university due to family circumstances but knew he would benefit from a degree qualification, which inspired him to become of the OU’s early students.

When asked if they have anything to say to former tutor Chris who unknowingly brought the couple together over drinks all those years ago, Jane had the following message:

“Thanks Chris. Next round on us!”