OU News
You are at:Home»Science, maths, computing and technology»Science»“The Open University was never seen as a lesser choice” 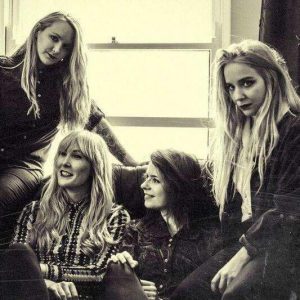 Bass guitar player in The Franklys Zoe Biggs, 29 from Milton Keynes, attended a few traditional university open days whilst studying her A-Levels. But she was unsure about what career path she wanted, and didn’t want to get into debt studying something she might not then use in the future.

An extra level of motivation

“After completing my A-levels there was no other option encouraged as much by my school as to go on to study at university. I decided to study with the OU and work full time whilst I did so, and I think completing a degree with the OU shows an extra level of motivation, dedication and commitment.”

…completing a degree with the OU shows an extra level of motivation, dedication and commitment.

A degree, and zero debt 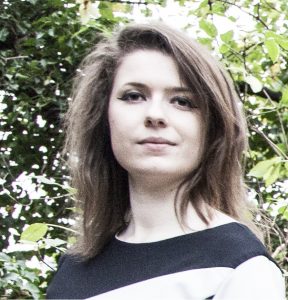 Zoe graduated with no debt

Zoe began with a few short courses, to see if OU study suited her, and it grew from there. She opted for an Open Degree as she wasn’t sure what area she wanted to focus on.  This degree means you can take a variety of subjects according to your own interests.  Zoe decided to focus on biology based subjects and graduated in 2016.

“I have come out with a degree and with zero debt, unlike all of my friends who went to traditional universities and are now having to start to slowly pay back that dreaded student loan. All of my friends were very encouraging of the OU, it was never seen as a ‘lesser choice’ to a traditional university, and I think they could see the extra motivation it took to continue to study whilst having to work full time as well.”

I have come out with a degree and with zero debt, unlike all of my friends who went to traditional universities

“I’ve gained so many skills, many that I – and other OU students – don’t even realise we’ve learnt from studying with the OU.  Independence, confidence in your own ability, determination, resilience, being organised – the list could go on! I’ve learnt that I will only ever get out what I put in.”

Studying around the world 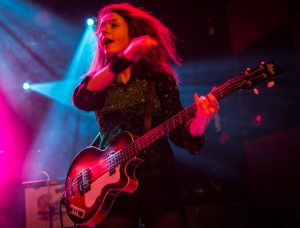 Bass guitar player in a band called The Franklys, Zoe performs alongside three other women all around the world with appearances at big festivals such as Download and the Isle of Wight Festival; and she had to fit in her studies while on the road.  The band’s debut album ‘Are You Listening?’ was released in May 2017 and they are endorsed by Höfner guitars, Hutchins guitars, Dean Markley strings, Promark, Evans and Zildjian.

Now working at a firm of solicitors in London as an administrator, Zoe hopes to continue with a Master’s degree in the future.  She’s eventually hoping for a successful career in the music industry.