A major new study has found that, contrary to previous assumptions, the Arctic tundra releases at least as much methane during its cold season as it does during the summer.

The study led by San Diego State University (SDSU) found that far more methane is escaping from Arctic tundra during the cold months when the soil surface is frozen (generally from September through May), and from upland tundra, than climate modelers previously believed. In fact, they found that at least half of the annual methane emissions occur in the cold months, and that drier, upland tundra can be a larger emitter of methane than wet tundra. 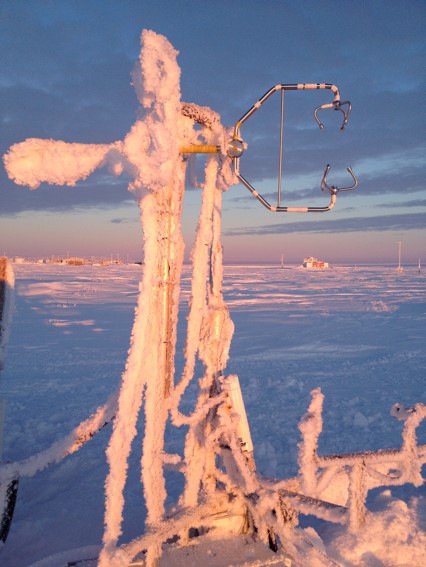 Methane is a potent greenhouse gas that intensifies atmospheric warming and is approximately 25 times more potent per molecule than carbon dioxide over a 100-year period. Methane trapped in the Arctic tundra comes primarily from microbial decomposition of organic matter in soil that thaws seasonally. This methane naturally seeps out of the soil over the course of the year, but scientists worry that climate change could lead to the release of even larger emissions from organic matter that is currently stabilized in a deep, frozen soil layer called permafrost.

Over the past several decades, scientists have used specialised instruments to accurately measure methane emissions in the Arctic and incorporated those results into global climate models. However, almost all of these measurements have been obtained during the Arctic’s short summer. The region’s long, brutal cold period, which accounts for between 70 and 80 percent of the year, has been largely “overlooked and ignored,” according to Oechel. Most researchers, he said, figured that because the ground is frozen solid during the cold months, methane emissions practically shut down for the winter.

“Virtually all the climate models assume there’s no or very little emission of methane when the ground is frozen,” Oechel said. “That assumption is incorrect.”

The water trapped in the soil doesn’t freeze completely even below zero degrees Celsius, he explained. The top layer of the ground, known as the active layer, thaws in the summer and refreezes in the winter, and it experiences a kind of sandwiching effect as it freezes. When temperatures are right around zero degrees Celsius—the so-called “zero curtain”—the top and bottom of the active layer begin to freeze, while the middle remains insulated. Microorganisms in this unfrozen middle layer continue to break down organic matter and emit methane many months into the Arctic’s cold period each year. The research team found that a major portion of methane emissions during the cold season were observed when temperatures hovered near the zero curtain.

“This is extremely relevant for the Arctic ecosystem, as the zero curtain period continues from September until the end of December, lasting as long or longer than the entire summer season,” said Zona, the study’s first author. “These results are opposite of what modellers have been assuming, which is that the majority of the methane emissions occur during the warm summer months while the cold-season methane contribution is nearly zero.” 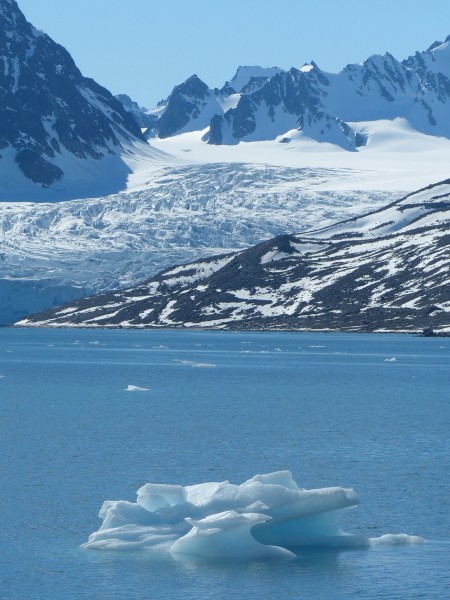 Surprisingly, the researchers also found that during the cold season, the relative methane emissions were higher at the drier, upland tundra sites than at wetland sites, contradicting yet another longstanding assumption about Arctic methane emissions. Upland tundra was previously assumed to be a negligible contributor of methane, Zona said; adding that the freezing of the surface inhibits methane oxidation resulting in significant net methane emissions during the fall and winter.  Plants act like chimneys facilitating the escape through the frozen layer to the atmosphere.  The highest annual emissions were observed in in the upland site in the foothills of the Brooks Range where warm soils and deep active layers resulted in high rates of methane production.

“It is now time to work more closely with climate modellers and ensure these observations are used to improve model predictions, and refine our prediction of the global methane budget,” Zona said.

It is particularly important, Oechel added, for models to get methane output right because the gas is a major driver of atmospheric warming.

“If you don’t have the mechanisms right, you won’t be able to make predictions into the future based on anticipated climate conditions,” he said.

Steven Wofsy of Harvard University added: “Now that we know how important the winter is to the methane budget, we are working to determine the long-term trends in greenhouse emissions from tundra and their sensitivity to winter warming.”

This research is published in the journal Proceedings of the National Academy of Sciences and has been funded by the National Science Foundation (NSF), NASA, and Department of Energy (DOE).