A new report from The International Association of Athletics Federations (IAAF) says that female athletes with high levels of testosterone, such as Caster Semenya, could have a competitive advantage over their rivals.  Currently the Court of Arbitration for Sport has suspended a rule enforcing a limit on naturally occurring levels of testosterone in female athletes but the new research has re-opened the debate and sparked reports that these athletes may be required to take hormone therapy medication. 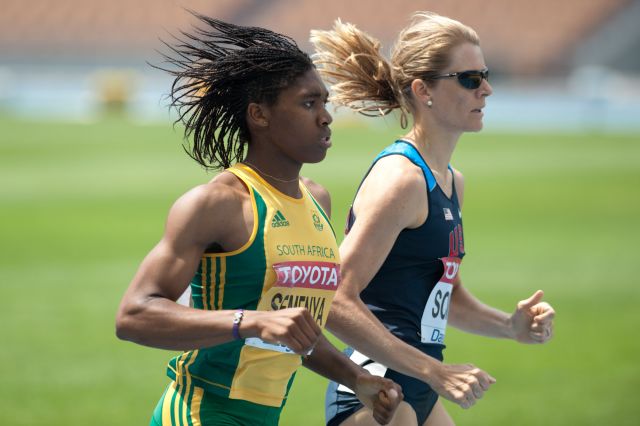 Expert on gender and sport at The Open University, Emeritus Professor Kath Woodward, says that gender is much more fluid than simple levels of hormones:

“The latest study could be a disaster for Caster Semenya and athletes like her who have competed all their lives as women. This is a result of previous responses to the dilemma of intersex and trans athletes – but the potential requirement for them to have HRT to reduce Testosterone levels seems punitive and unjust.

“Measuring someone’s suitability to compete on Testosterone levels alone is problematic – Testosterone is generated by competitive physical activity and some women naturally have higher levels than the norm.  Sport is distinctive, it’s different from defining your gender at work or in personal relationships, because body size, mass and structure matters – it is a dilemma.  But in my opinion the IAAF should be looking to use a combination of factors, not just the blunt level of a hormone, to determine identity.

“Although I sympathise with the IAAF, it is on the back foot and this is a step too far.”

Free resources on sport on OpenLearn

Study Sociology with the OU