OU News
You are at:Home»Education, languages and health»Sport»Five things you need to be a Winter Olympian

The Winter Olympics has given a perfect illustration of how the nature of elite sport requires athletes to push themselves to their limit in high-pressure competitive situations.

The OU’s Candice Lingam-Willgoss, lecturer in sport and fitness notes how the performances in PyeongChang this year reveal typical examples of courage, determination and gold medal winning achievements.

She gives her five elements that all Winter Olympians must possess to take on the challenges of snow and ice: 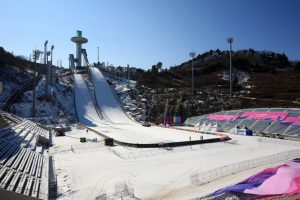 Take a look at courses in sport,and fitness and sport psychology at the OU.