OU News
You are at:Home»Education, languages and health»Health»E-therapy: a technological step too far?

Talking therapies are psychological therapies where people talk to a professional about their thoughts, feelings and behaviours. They aim to give people a safe time and place to talk to someone who won’t judge them, help them make sense of what is happening, assist them to resolve complicated or unhelpful feelings, and to support them to overcome or change them.

People who are distressed by difficult events in their lives and people with a range of mental health problems can benefit from certain types of talking therapy, and different approaches tend to suit different people. 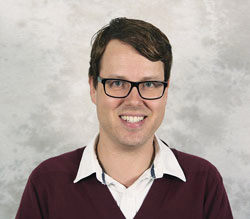 As the name suggests, these therapies involve a person talking to a therapist, face to face. But can they also be delivered digitally, or does this defeat the object of therapy?

E-therapies are mental health interventions that are delivered electronically.

The amount of therapist support a person would receive in an e-therapy varies considerably. At one end of the spectrum, there are e-therapies which involve a healthcare professional using technology to overcome the distance between a therapist and client, such as moderated chat rooms and video conferencing. At the other end of the spectrum are e-therapies that are pure self-help that are delivered without any therapist support.

With self-help therapy, using technology to treat mental health problems is not new. In the past, people have used cassettes and video tapes to deliver psychological therapy. Researchers first attempted to develop a prototype of computerised therapy in the 1960’s with ELIZA. This aimed to simulate a therapeutic conversation using a script based on person-centred therapy, or Rogerian psychotherapy, an empathetic approach that aims to empower and motivate the client in the treatment process.

Since then, the demand for psychological therapies for mental health problems has continued to grow. But at present the availability of clinical services is limited, there are not enough trained practitioners to deliver talking therapies, and more people are now really interested in using online interventions (Stasiak et al., 2015).

Are there any e-therapies available on the NHS?

Since 2000, many people have benefited from e-therapies. They have become increasingly sophisticated and accessible, with several programmes being freely available across the country.

In England, the NHS now provides almost 50 different e-therapies – 13 different web apps and 35 different smartphone apps – for depression, anxiety or stress-related problems (Bennion et al., 2017). Usually these are only provided after someone has been referred by a healthcare professional, such as a GP. A number of e-therapy programmes can effectively treat depression and anxiety in adults, and several cognitive behavioural e-therapy tools are now recommended by the National Institute for Clinical Excellence (NICE).

E-therapies provided by the NHS include:

What about e-therapy and support via a mobile phone?

Are computer games used as e-therapies?

Computer games are played for fun by people across the globe, but they can also be used by healthcare professionals and teachers to deliver treatments and for educational purposes.

Serious games and gamification (game-like elements used in an intervention on computers and/or phones) both seek to use games to educate and positively change patterns of experience and/or behaviour (Fleming et al., 2017).

Games are already being used as e-therapies. These include:

As explained above, e-therapies are providing another way to help people with mental health problems – those seeking support can access therapy or counselling at the click of a button. This means accessing help can be far cheaper and quicker than face to face visits, can reach many more people, and there may be less stigma associated with it. More e-therapies are being developed, tested and provided to people all the time.

And whilst they clearly won’t replace face-to-face talking therapies, they offer a useful treatment alternative and have a clear impact on people, especially for those who will not access help otherwise.

Find digital tools to help you manage and improve your health