OU News
You are at:Home»Education, languages and health»Health»Could a ‘No Deal’ Brexit increase the UK’s suicide rates?

Suicide is a devastating event, affecting individuals, families and societies. It is widely associated with mental ill health and the focus of suicide prevention campaigns is often on individual level interventions such as improving awareness and willingness to use community and health services. However, suicide is also associated with social factors such as unemployment and debt. As we mark World Suicide Prevention Day on 10 September, Dr Sharon Mallon, Lecturer in Mental Health at The Open University discusses what history can tell us about how Brexit and the economic uncertainty that is predicted to follow a ‘No Deal’ exit from the EU might affect suicide rates in the UK.

Back in 2010, shortly after the Global Financial Crisis, I was working on a project looking at suicides that had occurred in Northern Ireland in the years from 2007-2009. Working with a team of researchers, we interviewed 78 family members about why their relative had died by suicide. Our early impressions from this research fits with what is now widely accepted, that in the aftermath of the global meltdown, the economic strain caused by job losses, lack of stable employment or steady wages and resulting debt, exacerbated or caused mental health difficulties and tragically, in some cases contributed to death by suicide. 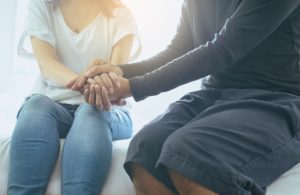 In the UK, over the years between 2008-2010, it is now estimated that around 1000 additional suicides took place (McVeigh, 2015). Research evidence published in 2015 concluded that the combined forces of financial strain, unemployment and the policy of austerity were significant factors in bringing about this increased rate of suicide (McVeigh, 2015).

Although, researchers and mental health practitioners are continuously striving to better understand suicide, and to work towards preventing these tragic deaths, we need to accept that there are complex interactions between individual experiences and wider social, political and economic conditions that are outside of the power of most individuals and beyond the reach of health services.

Of course, we don’t know yet what will happen to the UK economy. We do know that the NHS Confederation’s Mental Health Network assessed the issue in 2018. Their report suggested that leaving the EU would have significant implications for mental health services, not only among those likely to be directly and personally affected, but also the wider population who are likely to be worried about possible consequences and uncertainty about the future (Zanon, 2019).

Careful monitoring of vulnerable groups and community awareness are crucial to reducing national suicide rates. The National Farmers Union has already suggested that its members are on suicide watch as a result of the strain caused by Brexit uncertainty (Parvenon, 2019).

Some academics, including me, think we need to fundamentally rethink suicide and suicide prevention, to take into account and where possible plan for the impact of political events. However, regrettably the appointment of a Minister for Mental Health, Inequalities and Suicide Prevention, that was so widely welcomed in October 2018 and held so much scope for focusing attention on this overlooked area, was short lived as the post disappeared in the July 2019 cabinet reshuffle. 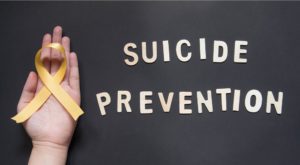 Other useful resources at Mind and Samaritans

Our free OpenLearn course, Making sense of mental health problems can help you reflect on the medical, psychological and social need perspectives to make sense of mental ill-health

Hannah is part of the Media Relations Team at The Open University, working with the Faculty of Wellbeing, Education and Language Studies. With experience both agency and in-house, Hannah has worked on campaigns for a number of large corporate companies and brands, including RBS, NatWest, Travelodge, Audible, AA and the Royal Academy of Dance. She has completed a Masters in Publishing Studies from Oxford Brookes and is currently studying towards a MBA. In her free time she enjoys photography, reading and going to the theatre.