OU News
You are at:Home»Education, languages and health»Education»OBE for eminent OU professor

Professor Eileen Scanlon has been awarded an OBE in the Queen’s Birthday honours list for services to Education. This is the latest accolade for her work, which has also seen her receive the inaugural Regius Professorship in Open Education. 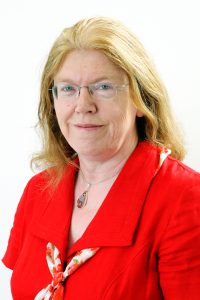 Professor Eileen Scanlon has been awarded an OBE

Professor Scanlon, Associate Director of Research & Innovation in the Institute of Educational Technology at the OU, is an internationally recognised luminary in the field of educational technology and public understanding of science. During her 40 years of service to the OU, Professor Scanlon has developed an unrivalled insight into learning design which has exerted a major impact on the direction of OU research in these areas.

Professor Scanlon said “I’m delighted that the contribution of The Open University to Education has been recognised by the award of this honour. Working as an educational technologist has given me the opportunity to collaborate with inspirational colleagues to develop the outstanding reputation the OU has for teaching but also for research in technology enhanced learning.”

The Open University is a pioneer in harnessing and developing educational technologies that widen access to education. Eileen’s work has been instrumental in the OU’s approach to this as Peter Horrocks, Vice-Chancellor of The Open University explains:

“The honour awarded to Professor Eileen Scanlon is well-deserved recognition of her leadership in research in technology enhanced learning and the position of The Open University as a major innovator in learning at scale. We bring the chance to learn to many who would not otherwise have the opportunity. Our research in education is world-leading and I am proud to be able to say that in Professor Eileen Scanlon we have the only Regius Chair in the field of Education now honoured with the further award of her OBE.”

Professor Scanlon has had significant influence not only through her research agenda, but also on colleagues as Professor Patrick McAndrew, Director of the OU’s Institute for Educational Technology describes:

“Eileen has been a key influence on my own development as a researcher in Educational Technology. Before I joined the Open University 15 years ago I was aware of her thinking and leadership in the application of technology to aid learning (now termed Technology-Enhanced Learning – TEL). Her founding with colleagues of the Computer and Learning Research Group 37 years ago was prescient in seeing the need to build a research base if we are to understand the power of computing in learning and appreciate the best ways to harness it.”