OU News
You are at:Home»Business and law»Law»Civil marriage and religious vows – new study calls for flexibility

With the law currently forbidding the use of religious elements in civil marriage, Dr Stephanie Pywell, Senior Lecturer at The Open University and Professor Rebecca Probert, Professor of Law at The University of Exeter have worked closely with registrars to call for a reform to allow more flexibility.

Stephanie and Rebecca’s research is the first analysis of the words and rituals that are requested by couples and permitted or vetoed by registrars. The research concludes that most registrars take their role seriously and are keen to accommodate couples’ wishes wherever possible. However, confusion and inconsistencies arise because official guidance requires registrars to exclude anything they understand to be “religious in nature”.

The Government has recently announced that it will ask the Law Commission to conduct a review of marriage law, and the research findings will contribute to this review.

Registrars were asked for their instinctive reaction as to whether they would allow a selection of vows and rituals from various religions to be included in a civil marriage ceremony. Although some registrars indicated that, in practice, they would always check whether something was religious, the research found: 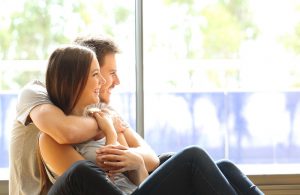 Why does the law need to change?

Guidance is being applied unevenly, simply because registrars cannot be experts in the marriage traditions of all religions, with Church of England vows being excluded the most due to being so well-known.

The study concludes that new regulations need to be carefully worded to ensure registrars are not expected to read religious wording as part of a ceremony, and reforms to the law would mean they would only observe religious elements. This would mirror what registrars currently do when they attend places of worship to register religious marriages.

Stephanie said: “The current ban on content that is ‘religious in nature’ is hard to justify. Relaxing this restriction would allow couples to create marriage covenants using words that are most meaningful to them. Allowing them to include sacred, as well as secular, elements at such an important moment in their lives would enhance the dignity and solemnity of the occasion.”

Rebecca commented: “For couples, the content of the ceremony – and in particular the words that they say to each other as they make their lifelong commitment – is of the utmost importance. But the law in this area is in urgent need of reform – at a minimum to clarify what is required, and to eliminate inconsistencies in practice, and ideally to permit greater flexibility in what can be included in such ceremonies.”

Published online and in print on Family Law and the inews

About the range of courses available at the OU Law School

Hannah is part of the Media Relations Team at The Open University, working with the Faculty of Wellbeing, Education and Language Studies. With experience both agency and in-house, Hannah has worked on campaigns for a number of large corporate companies and brands, including RBS, NatWest, Travelodge, Audible, AA and the Royal Academy of Dance. She has completed a Masters in Publishing Studies from Oxford Brookes and is currently studying towards a MBA. In her free time she enjoys photography, reading and going to the theatre.