With the feel-good factor of Prince Harry and Meghan Markle’s engagement, many of us were crossing our fingers that we’d get an extra bank holiday in the Spring of 2018 to help them celebrate. But on average, a bank holiday costs the UK economy £2.3billion in lost economic output – so maybe we’ll all be better off that there isn’t going to be one after all. 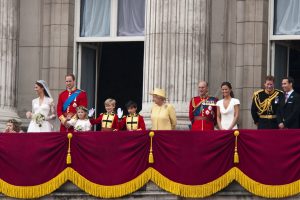 In years where there is a ‘one off’ bank holiday, such as for a Royal Wedding or Jubilee, data on the UK’s Gross Domestic Product showed that economic growth is adversely affected. One estimate put the cost of the bank holiday to celebrate the wedding of Prince William and Kate at 0.4% of GDP in the second quarter of 2011.  But it isn’t all doom and gloom – despite this initial negative impact, the cost was estimated to have been recouped in the following quarter-years.

But money lost in some areas of the economy could be retrieved in other areas, and we shouldn’t focus too much on the negative impacts of bank holidays – here’s why:

Martin Upton, Director of True Potential PUFIN notes “We’d only know the true cost to the economy if we materially reduced or increased the number of bank holidays and then did a ‘before and after’ analysis.  This is unlikely to happen so we should just do what the great British public does best and enjoy the bank holidays we do have (whatever the weather), and celebrate Prince Harry and Meghan’s wedding regardless!”

Read more about the cost of bank holidays in Martin Upton’s blog.