OU News
You are at:Home»Business and law»Business»New OU report reveals financial cost of the skills shortage

Organisations across the UK are having to spend £6.3 billion to plug the gap in skills on recruitment fees, temporary staffing, salaries and additional training to remain productive, according to our new report released on Monday 16 July.

The Open University Business Barometer, which monitors the skills landscape of the UK, also reveals that most organisations have found it difficult to find workers with the right skills in the last 12 months. And three in five senior business leaders surveyed (61%) report that the skills shortage has worsened over the last year.

This huge £6.3 billion cost came from a survey of 950 business leaders across all regions and sectors in the UK in May 2018.

Good people are hard to find

With skills in short supply, over two thirds of the senior business leaders in our survey (70%) say recruitment is an average of one month and 22 days longer. And nearly two in three (64%) are spending more on recruitment, with costs increasing by 49 per cent, or £1.23 billion in total.

Talented workers with in-demand skills are also able to take advantage of their strong position, driving employers to spend an additional £2.16 billion on salaries. Two thirds of those responding in our survey (67%) increased the salaries they offered last year – by an average of £3,400 each time.

Many organisations have had to give up on finding the right talent, having decided to either recruit at a lower level (63%) or leave the role vacant (51%). To address the gaps left by doing this, employers had to spend £1.45 billion on training to bring new staff up to the level required and a further £1.49 billion on temporary staffing.

Businesses are lacking the skills to run effectively

The financial impact is not the only drawback of the skills shortage. Around half of organisations (47%) say they are not as agile as they need to be due to a lack of skills, and in a changeable political, economic and technological climate adaptability and flexibility are essential.

Management and leadership skills are particularly important for navigating change smoothly, yet nearly three quarters of employers (73%) have experienced difficulty in hiring managerial roles in the past 12 months.

More concerning though, is that more than half of senior business leaders surveyed (53%) expect the situation to get worse over the next year. More than two in five (44%) expect their organisation to struggle financially, indicating the issue needs to be urgently addressed.

It’s time to focus on training 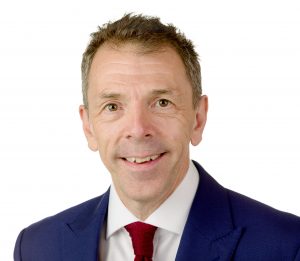 “Employers are spending more than £6 billion a year, predominantly through recruitment activities. But buying skills and not building them is a short-term approach, which ultimately won’t pay dividends. It is crucial that organisations take a more sustainable approach, using training to address their skills gaps from within and reducing their spend in the long-term.

Investing in work-based training, which allows workers to earn while they learn, will help organisations to bridge the divide between the skills available and the skills they need, allowing them to focus on stability and growth in the future.

In short, better training and development will result in more agile, loyal, motivated and productive workforces that are fully equipped to rise to new challenges and drive organisations forward.”

Read about how the OU works with businesses