OU News
You are at:Home»Arts and social sciences»Society and politics»Series ponders how to gain better clarity of thought

Decision making can be a tricky business and it’s at the heart of a new BBC/OU co-produced radio series, aiming to help us all to become better thinkers. 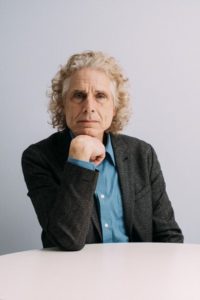 Prof Pinker will be joined by other prominent thinkers in the series.

Professor Steven Pinker has spent his life thinking about thinking and invites listeners to join him in this new 12-part series.

In Think With Pinker, Professor Pinker has created a critical thinking toolkit which he hopes will help all of us make better decisions about – well, everything.

Steven will be joined by some prominent thinkers and people who have to deal with the consequences of irrationality, as he sets out to steer us away from common fallacies and logical traps set by our own animal brains.

The 12 episodes will also be broadcast weekly on BBC Radio 4 at 16:00 as well as on BBC Sounds, which is available via smartphone/tablet app or web browser, and the series can be listened to on-demand.

On this week’s programme, Dr Pinker and guests consider the dangers of over-interpreting coincidences, amid attempts to defy the odds in business.

Academic consultant on the series is the OU’s Professor of Philosophy Derek Matravers. He says:

“Part of what motivates Prof Pinker is understanding the hurdles that trip us up when we try to think clearly about things. Such understanding is very important when social media can serve as a megaphone for misinformation.

“Clear thinking is almost the definition of philosophy, so we jumped at the chance to be involved.”

He adds that clarity of thought and expression is taught on all of The Open University’s philosophy courses. One of the topics, concerning why we are less rational than we think we are, is discussed extensively in the 3rd Level course, Key Questions in Philosophy. There is a short discussion of this on the programme webpage. 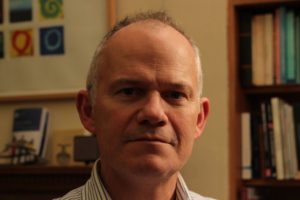 Find out more on the Broadcast & Partnerships pages, including two famous and intriguing tests to ascertain our rationality of thought.