OU News
You are at:Home»Arts and social sciences»Society and politics»Looking at the winners and losers expected in the Autumn Budget

The UK Government’s Spending Review on Wednesday October 27 will set out Parliament’s public spending on its priority areas over the next three years. It will also include an Autumn Budget. All happening as the UK continues to deal with the financial outcome of the pandemic and questions over the impact of Brexit.

Dr Ayobami Ilori, lecturer and staff tutor in Economics, is an applied macroeconomist and policy analyst having worked previously in the private and public sectors before becoming an academic.

Here he examines what we can expect from the Autumn Budget and the expectations and challenges for the Chancellor Rishi Sunak and his Spending Review. 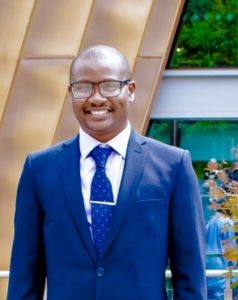 More spending on health and social care will mean other government units will lose out, says Dr Ilori

The Chancellor has said he wants to drive growth but also keep the public finances on a sustainable path. What does he mean by that?

By this, the Chancellor means that he intends to execute a recovery-focused fiscal policy that would help the UK economy to continue its recovery process from the COVID-19 pandemic-driven slump. At the moment, the UK real GDP (a measure of the total output of the economy) is about 5 per cent below its pre-pandemic trend level, but this is a significant improvement compared to the peak of the pandemic when the economy was about 23 per cent below its pre-pandemic level.

However, the Chancellor wants these recovery-focused policy measures to be sustainable in the sense that the government will be able to maintain a credible and serviceable fiscal balance (public spending, less taxes) over time. In the first year of the pandemic over the 2020-21 fiscal year, the government borrowed a record £325.1 billion, pushing the public debt level above the country’s output for the first time. Furthermore, the projected borrowing for the 2021-22 fiscal year is around £230 billion, which is only rivalled by last year’s borrowing and the crisis period.

With growing interest rates on government debt and recent indications that the Bank of England may raise the base interest rate due to rising inflation, the interest payment on public debt may rise sharply and lead to faster growth in public debt. Hence, the Chancellor must lay out a sustainable path for public finance.

Can we expect more spending on health or social care as a result of Covid-19?

Yes. The current government has consistently demonstrated that it is committed to spending more on health and social care and has recently broken its manifesto by raising the National Insurance contribution by 1.25 per cent from April 2022 to support the health and social care sector. So, we should expect the Chancellor to spell out the disbursement of the money to know which area would receive more funding. The fight against the COVID-19 pandemic is far from over. 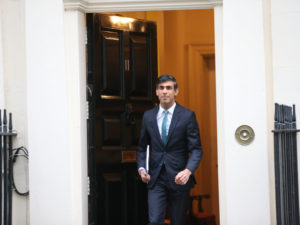 Despite more than 70 per cent of the UK population already having been vaccinated, recent figures show that the virus still has a grip on the nation’s health, with about 50,000 people testing positive per day in recent times. We also have huge backlogs of NHS treatments that should be addressed to avoid a healthcare apocalypse in the near term. Hence, it is expected that more funds would be disbursed to these areas and on supporting social care.

Does this mean other areas will lose out?

Yes, I would expect so. It is already widely reported that the government has asked some un-ringfenced departments to identify potential savings of at least 5% in their day-to-day budget while maintaining the same level of efficiency. Also, despite earmarking more spending for the NHS and national vaccination programme during the pandemic, very little has been put in place to address the effects of the pandemic on other areas of people’s lives, such as social care for young adults, absorption and training scheme for young graduates (and non-graduates) who could not find work during the pandemic, support for people with long-COVID symptoms and other related issues.

Are there any areas that you could see receiving substantially less spending?

Specifically, some of the government units that are likely to see cuts in their budget include the Ministry of Justice (MoJ), the Ministry of Housing, Communities and Local Government (MCLG), the Department for Culture, Media and Sport (DCMS), the Department for Work and Pensions (DWP), and the Foreign, Commonwealth and Development Office (FCDO). Some of these government units have already seen cuts of up to 40% in real terms in the last decade.

Would you expect to see any major tax changes in the Autumn Budget?

For now, we should not expect any significant change to taxes. The government has frozen income tax thresholds and has already announced two tax hikes this year alone: an increase in corporate tax rate from 19 to 25 per cent starting from April 2023 and a hike in base NI contribution of 1.25 per cent from April 2022. In Autumn, there may still be no change to taxes, though there is a possibility that the government may tinker with capital gains tax to align it with income tax rates, despite the Chancellor freezing it till 2026. I won’t expect any changes to VAT or inheritance tax rates either.

Is the Chancellor expected to increase spending in the light of COP26?

Most probably. Over the summer, the government published the UK Innovation Strategy whitepaper containing plans to commit to increasing annual public investment in research and development to £22 billion per year in areas such as life sciences, clean maritime and green energy for the automobile industry. In addition, the Chancellor has recently announced further plans to commit a £1.4 billion investment fund to encourage foreign companies to invest in UK critical industries such as life sciences and a green automobile. The government would likely commit further spending to this area in the future as well.

What difference does the Autumn Budget and the Spending Review make to the man or woman in the street?

With the recent cut of £20 per week to Universal Credit, the rising energy bills, and the effects of growing inflation on living costs, people are interested in knowing how the budget would affect their lives. First, the Chancellor may end the one-year pay freeze on public sector employees, affecting 1.3 million workers, which came into effect in April 2021.

As well as the just-announced increase in the National Living Wage for those aged 23 and over, there are also plans for increased spending on education and skill development, especially for 16- to 19-year-olds, and improving the transportation system in the West, Midlands, and North of the UK. VATs on energy usage may also be suspended for a few months to cushion the effects of rising energy costs for families.

Some families would also benefit from a £500 million package for supporting family hub, mental health services, expectant parents and disadvantaged families. We will also learn more about other projects to be executed regarding the “levelling up” promise.

What are the political challenges faced by the UK Government?

The handling of the pandemic is a serious political challenge for the government at the moment. With the rising number of COVID-19 cases and growing hospitalisation in the last few weeks, the government faces a political dilemma on whether to re-impose certain restrictions, which may be unpopular with many politicians and businesses or let the virus run rampant and then face stiff criticisms from the opposition and the public.

Related to this is the impending healthcare tsunami due to the unprecedented backlogs of NHS treatments. Another issue is the border frictions with the rest of Europe, which affects foreign trade and workforce in the haulage and agricultural sectors. Then there is the Northern Ireland protocol which needs reviewing after the post-Brexit tensions over there. Other issues border on national security threats, including weakening public trust in the police; support for poorer families and weaker businesses; and frictions between governments of different UK nations. 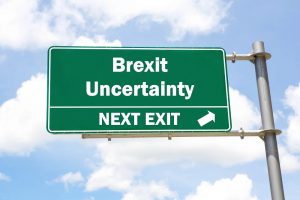 Post Brexit political tensions are still a concern as are the economic effects.

Would you expect the Government to allow contingency funds for the impact of Brexit?

There is no doubt that the UK economy is already feeling the effects of Brexit, including on public finance, trade, employment and, of course, private businesses. The recent shortage of HGV drivers is just one of the many malaises of Brexit that were typically rare before now. The government can work with private businesses to address this issue by earmarking contingency funds to manage such emergencies in the interest of the economy. This partnership will help to smooth the movement of goods across the country and keep the prices of goods low.