OU News
You are at:Home»Arts and social sciences»Society and politics»Can we trust the government with Brexit?

Dr Volker Patent, Lecturer in Psychology at The Open University, who researches organisational trust believes that the UK government is asking for blind faith, rather than trust in its Brexit plan. As Parliament returns after the Christmas break for what looks to be an eventful year in the lead up to Britain’s exit from Europe on 29 March, Dr Patent considers the matter of trust.

The argument for denying a second referendum is that this would be a breach of trust against the electorate. As the Prime Minister has said: “This is about more than the decision to leave the EU; it is about whether the public can trust their politicians to put in place the decision they took. In upholding that directive to withdraw from the European Union, the Government is delivering on that promise.” 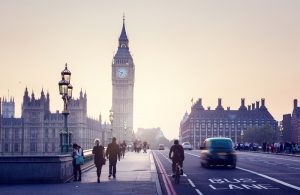 The idea of trusting politicians may elicit wry smiles. There are still unresolved questions about the manner in which the ‘Leave’ campaign engineered the outcome to the first people’s vote, and one of its leading proponents, Boris Johnson is currently being taken to court over making false claims with the intent to deceive the electorate.

As the inquiry into Cambridge Analytica has highlighted, electoral distrust in the ‘Remain’ cause was engineered by targeting psychologically volatile voters to change their vote on Election Day. There are some profound questions relating to the standards practised by politicians. Some might suggest that there is sensible reasoning for not trusting politicians with Brexit.

What does trust psychology say?

Trust psychologically is about the suspension of doubt in the context of uncertain and risky decisions. It is defined psychologically as having the following three aspects (Dietz, 2011):

Theresa May is asking the public to place trust in her government’s handling of Brexit. However, given the emerging realities of both her Brexit deal and a ‘hard Brexit’ it’s clear that both lead to adverse outcomes, at least economically – the dreaded backstop and loss of any ability to influence the EU. One can, therefore, be confident that the government as the recipient of trust would deliver a highly unfavourable outcome and on that basis, trust in the government’s Brexit plans would seem to be wholly misplaced. 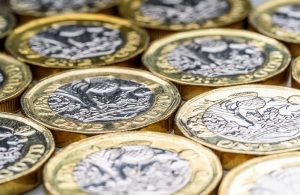 For remainers neither of these choices are palatable, and for leavers to have to choose between a ‘vassal state’ Brexit and a hard Brexit doesn’t give them any options either. Furthermore, outcomes of both forms of Brexit may be uncertain, but it is highly likely neither will lead to the prosperity and ease of future trading arrangements that once formed the economic rationale for Brexit. What is certain is that there will be varying levels of adverse impact, with hard Brexit leading to the most disruptive outcomes.

Once either form of Brexit occurs people in this country will no longer have any choice as to the consequences, and so they cannot be said to be genuinely willing since the effects will be inescapable for most people in the UK for generations. Many voters (especially those below 18 years of age at the 2016 referendum) did not have a say in the decision that will impact on their livelihoods. On these grounds and the lack of choice involved in being willing, what the government is asking for is not trust but blind faith.

It is not clear what the will of the British people is at this stage. A second referendum would enable the public to demonstrate said commitment and only then could one consider that the public is placing trust in the government to push through either its negotiated deal or a hard Brexit contingency plan.

Research shows that political trust in OECD countries is at its lowest for generations (only 42% of people in OECD countries trusted their governments last year, OECD 2017). The consequence of Brexit will be felt by people who have no means to buffer themselves against the effects and will perceive Brexit as yet another betrayal. Brexit in itself is a product of failed political trust and will only accentuate the escalating spiral of distrust that has engulfed British politics.

To repair trust in the political system is likely to be difficult if not impossible. High standards should be expected from all politicians. A government could also build trust by acknowledging that Brexit was a reaction to austerity, but its implementation will very likely lead to more hardship. 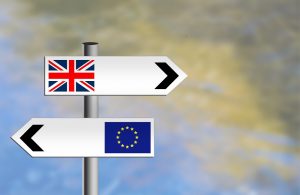 Any remainer rhetoric needs to be supported by deep investment in services and communities as well as accessing European funding for deprived areas. While there are many problems with EU governance, Britain could have a role on the main table and be part of the efforts to transform the EU rather than to sit on the sidelines, with little influence or power.

We should also demand that the media provide more balanced coverage to protect the public against fake news and biased reporting. It is not acceptable to tolerate the media’s abuses of their privileged position and to exert undue influence over a country’s politics.

Finally, Theresa May and her government’s invitation for voters to place trust in their handling of Brexit is a request for abdicating responsibility to a process over which people will have little control. Fundamentally they know the outcomes of any form of Brexit will be bad, that any rational analysis will highlight these shortcomings. To wrongly suspend our misgivings – that is why they need our trust.

Dr Volker Patent, Lecturer in Psychology at The Open University

The article is republished from Open Democracy UK under a Creative Commons license. Read the original article.