The latest episode of the BBC Sounds podcast Bad People, features an interview with OU academic Dr Zoe Walkington and asks, does the ‘good cop/bad cop’ style of police interviewing ever work?

OU academics, Dr Zoe Walkington and Dr Camilla Elphick from the School of Psychology and Counselling, are academic advisors on ten episodes of the series that dissects the criminal cases that shock, intrigue and scare us the most.

In this latest episode; Blue Lips: Does good cop / bad cop actually work? Dr Julia Shaw and Sofie Hagen examine what the murder of Maxwell Confait in the early 70s taught us about police interviewing and false confessions.

In April 1972, police in the London borough of Lewisham were alerted to a house fire on Doggett Road. On the second floor of the building, they discovered the body of 26-year-old Maxwell Confait.

Three boys later confessed to the murder. This episode examines what went wrong in the police interviewing process, the major legal reforms that followed, and their implications for police practices in the UK today. 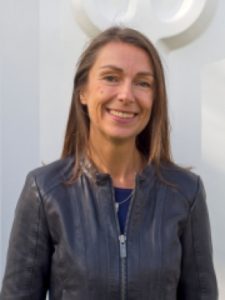 OU academic Dr Zoë Walkington, Senior Lecturer in the School of Psychology and Counselling in the Faculty of Arts and Social Sciences, gives her expert opinion in the podcast on what it’s like to train detectives in interview techniques.

She said about her, and fellow OU academic Dr Camilla Elphick’s involvement in the series:

“Bad people is a quirky and innovative BBC Sounds podcast which features a criminal psychologist and a stand-up comedian as the hosts. It targets a young audience with an interest in true crime, and attempts to apply some scientific research to the true crime genre and also looks at the opportunities that true crime stories give for empathy and understanding.

“Myself and Camilla Elphick from the School of Psychology have contributed as nominated academics to ten episodes of the podcast, and will be featuring in a couple of the episodes in person. In addition the podcast will include an episode focussed on prisoner education to which the OU’s Stephen Akpabio-Klementowski has also contributed.”

This episode of Bad People can be found on the BBC iPlayer here – along with all the other episodes of this fascinating series: BBC Sounds – Bad People, 23. Blue Lips: Does good cop / bad cop actually work?