OU News
You are at:Home»Arts and social sciences»Liz Truss: three areas where the new foreign secretary will have the most influence

Written by Jamie Gaskarth, Professor of Foreign Policy and International Relations at The Open University.

In naming her as the new foreign secretary, Boris Johnson has handed Liz Truss a bewildering array of global problems and relationships to manage.

Foreign secretary is a difficult role, quite distinct from other posts in government. Many occupants are criticised for a lack of vision – which comes partly from a lack of control over events.

Former US secretary of state Henry Kissinger described diplomacy as “the patient accumulation of partial successes”. It is difficult for a minister to point to specific achievements and in any case the prime minister will often steal their thunder.

Three key foreign policy priorities – managing Brexit, building international trading relationships and responding to climate change – are also run by other ministries. This will require careful coordination within government to ensure Truss and her colleagues are not working at cross purposes.

That said, there are three aspects of British foreign policy which Truss could influence. Here’s how she might approach them:

British commentators frequently misread UK-US relations, speaking about the “special relationship” with deep emotion. In contrast, the US has always viewed it in highly transactional terms.

Following coordination issues over the Afghanistan withdrawal and concerns over the reliability of the US as an ally, one of the new foreign secretary’s first duties has been defined as “rekindling” this relationship.

In reality, Truss should see this as a wake-up call to identify what the UK wants from the US and what the country is willing to give in return. The UK wants a deep bilateral defence relationship, US investment in European security, the reduction of trade barriers and help with coordinating a global response to climate change. Any UK concession or extra commitment should be leveraged to enhance one or more of these priorities.

The most difficult challenge domestically will be navigating UK-Europe relations.

Pre-Brexit, the UK benefited significantly from being able to coordinate its foreign and security policy with EU members. Ignoring the future relationship with the EU was a significant gap in the Integrated Review (the government’s comprehensive review of defence, security and foreign policy launched in March 2021). Given the UK’s capabilities, the EU may be open to UK involvement, which could offset souring relations over Brexit.

Truss needs to set out a proper framework for UK-EU foreign policy cooperation. This must go beyond any trilateral of UK, France and Germany, as many of Europe’s security challenges involve peripheral states.

Rather, the UK should look to engage with EU foreign policy discussions (albeit not as a decision maker), try and shape common positions in the UN and regionally, offer to assist with EU missions where they align with UK interests, and contribute to future strategies over continental and Mediterranean security. 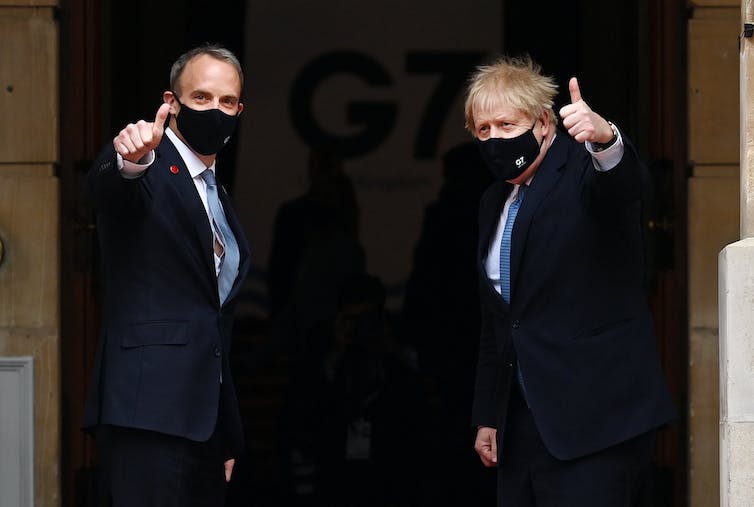 This will not be easy, given the instinct among many Conservative Party members to reject any deep association with the EU. Truss’s predecessor, Dominic Raab, was an ardent eurosceptic and former Brexit secretary who sought a much more aloof relationship with Europe. Although popular among the grassroots, as a former Remainer, Truss could be seen as backsliding if she opens up a route for the UK to return to EU decision-making forums.

As such, it will require strong leadership and a willingness to risk some domestic unpopularity to enhance Britain’s global influence. Brexit is a fact now, so this should be viewed as a simple normalisation of the UK’s relations with its neighbours.

The third aspect of foreign policy Truss can shape is the tone and pattern of the UK’s global alliances and relationships. For all its merits, the Integrated Review was confused on this aspect, extolling the virtues of multilateralism but favouring ad hoc coalitions and looser forms of association in practice.

The two primary global challenges the UK faces are climate change and systemic competition, such as from China and Russia. Both require long term alliance-building and will play out in multilateral forums.

These alliances may grow out of ad hoc coalitions (as could be the case with the new Aukus announcement on defence cooperation), but to endure and solidify they will require long term commitments and an institutional basis.

Truss will have to puzzle out how to manage the contradictory nature of these challenges. Tackling climate change requires Chinese and Russian support, even as these countries are labelled systemic rivals to the UK. This diplomacy will need to set the right tone. Raab was often strident in his rhetoric. As George Canning (former British foreign secretary) recognised back in 1823, other states do not appreciate being labelled “tyrants and despots” and it would be better served “to argue our differences of opinion, however freely, with temper, and to enforce them, however firmly, without insult”.

In her previous role at the Department for International Trade, Truss was criticised for lacking a strategy and broader sense of how UK trade should look in the future. If Truss wants to avoid strategic drift, in which the larger rationale of decisions is lost, she should ground her policy in her own domestic values.

References to pragmatism and interests in foreign policy often imply values are not relevant. In reality, Canning, Lord Castlereagh, Lord Palmerston, and even Benjamin Disraeli spoke confidently about interests because they saw the UK as a liberal country. As such, they valued trade and domestic harmony and feared war if it undermined these. To execute foreign policy well, Truss will need a clear sense of the values she wishes the UK to embody at home.