OU News
You are at:Home»Arts and social sciences»History»LGBT History Month: a retrospective on Alan Turing

February of each year is LBGT History Month, a month-long focus on lesbian, gay, bisexual and transgender history, with the overall aim of promoting equality and diversity, and increasing the visibility of the LGBT community. Professor Sophie Grace Chappell, Professor of Philosophy at The Open University, regularly writes about her own experiences as transgender, as well as discussing other iconic LGBT figures. Alan Turing was recently crowned winner of the BBC/ OU co-produced series, Icons. Here Professor Chappell tells us a little about Turing’s tragic personal life. 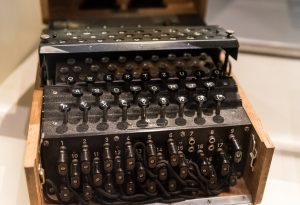 Alan Turing is famous for his key role in the breaking of the German Enigma code during the Second World War. By profession he was a ground-breaking pioneer of computer science and artificial intelligence: the “Turing Test” and “the Turing machine” are both named after him. But Turing had to live with secrecy and codes in his personal life too – as is very clear from the fine film, The Imitation Game (2014) starring Benedict Cumberbatch.

Turing’s secret was something completely beyond the pale in mid-20th-century England: he was gay. His first love was for another pupil at Sherborne School, Christopher Morcom, whose sudden and tragic death from brucellosis left Turing heartbroken and bereft. The episode affected him for the rest of his life.

After school Turing went to King’s College Cambridge, which during the 1930s was still a centre of the Bloomsbury Group. J.M.Keynes, Virginia Woolf, and E.M Forster had led the way for Bloomsbury with their emphasis on humanity, sincerity, authenticity, and a direct approach to intellectual problems, so very different from the cumbersome pieties of the Victorian era. They had also created perhaps the most gay-friendly environment the country had ever seen. Turing flourished in this new environment, where his own nature was simply accepted without fuss or hand-wringing – even benevolent hand-wringing – and where the virtue that was prized above all was the ability to look straight and clearly at a problem in its simplest form. This ability soon became the greatest of Turing’s exceptional academic gifts. 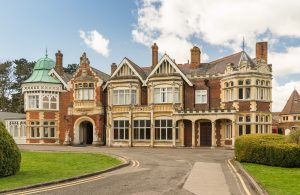 By the middle of the Second World War, Turing was at work code-breaking at Bletchley Park. During this time he got engaged to be married, but something made him resist. He was open with his fiancée about his homosexuality. She was undeterred, but Turing eventually ended the relationship anyway.

After the war, Turing moved north to the University of Manchester, where he started working in the new computer science department. At the same time he was personally preoccupied with finding new ways to deal with the enigma of his own self. He grew in confidence because of the increasingly permissive attitudes in society that had been bred by wartime conditions, and soon found himself seeking quick sexual liaisons with men whom he met on the streets of Manchester – something that, given the secrecy of Turing’s work, the government of the time took to be dangerous naivety.

In Cold-War Britain, British intelligence was closely linked with the American CIA, at a time when US society was undergoing the paranoia and suspicion of McCarthyism. To be a homosexual was to be a security risk. Churchill’s civil service under Sir Stewart Menzies was keen to screen out such threats. For a man who lived like Turing, the writing was on the wall.

In 1951, Turing had an encounter with a 19-year-old man called Arnold Murray. Murray’s friends burgled Turing’s house in Wilmslow, and this brought Turing into contact with the police. They asked him how he knew Murray. With self-destructive naivety, Turing simply told them the truth. To Turing’s astonishment, the police started investigating him instead of the burglary. He was prosecuted and found guilty of homosexual offences. In letters and conversations, Turing seems to make light of his conviction and of the rather grim choice he was confronted with by the judge: prison or “chemical castration” (oestrogen treatment). Turing opted for the latter, and was on oestrogen treatment for the remainder of his life. He also lost his security clearance, and was officially regarded as a security risk by MI5; this made it completely impossible for him to work on codes.

On June 7 1954, Turing was found dead in his bed, with an apple on his bedside table doused in cyanide, from which he had taken one bite. It is likely but not certain that he committed suicide in clear-eyed despair at the way he had been persecuted for his homosexuality. He may also have been reacting to the mood-swings that characterise oestrogen treatment. What is certain is that his death was the devastating loss of one of the most brilliant mathematicians of the 20th Century.

Professor Sophie-Grace Chappell, Professor of Philosophy at The Open University

About studying Philosophy at the OU

Hannah is part of the Media Relations Team at The Open University, working with the Faculty of Wellbeing, Education and Language Studies. With experience both agency and in-house, Hannah has worked on campaigns for a number of large corporate companies and brands, including RBS, NatWest, Travelodge, Audible, AA and the Royal Academy of Dance. She has completed a Masters in Publishing Studies from Oxford Brookes and is currently studying towards an MBA. In her free time she enjoys photography, reading and going to the theatre.