OU News
You are at:Home»Arts and social sciences»Arts»Unique music course brings students together in harmony

Students ranging in age from 22 to 72 came together for a week of music making as part of a unique course offered by Trinity Laban Conservatoire and The Open University.

Open University students on the course were set to complete their Arts and Humanities degree by attending the residential finish of the module.  The course – Certificate: The Practice of Music Making – is the only one of its kind in the UK, delivered online with a week-long residential where people from all backgrounds from across the country come together to work in groups for the week.

Ian Fribbance, Executive Dean of the Faculty of Arts and Social Sciences went along to the celebratory concert at the end of the residential week and found it a powerful student experience to witness:

“After the concert was over I chatted with many of the students and what came across again and again was their sheer love for The Open University, its teaching materials, the tutors, and its various support systems. Without prompting, many of them told me how it had changed their lives and was the only opportunity they could have to undertake Higher Education study.”

Students came from all walks of life including professional musicians, an Army bandsman, a Church chorister; and between them performed classical, pop, blues and choral music.

“I want to provide a future for my children” 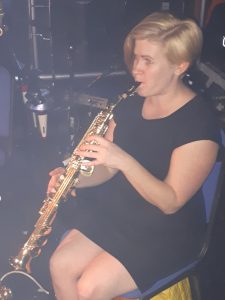 Kimberley Jesson is 33 and began studying the BA (Hons) Humanities with Music degree in 2014 after the breakdown of her marriage.  She was on maternity leave at the time and unable to return to her previous job – she wanted to retrain as a teacher, something she’d dreamt of doing for years.

As a stay at home Mum and part time musician, Kimberley had to juggle all of her responsibilities whilst studying; fitting in OU work whilst her children were at pre-school or napping.

She said: “To get the chance for a whole five days at a London Conservatoire with like-minded musicians was something I never thought I would get the chance to do. The final concert was fantastic. Being able to share what we had been doing with the others gave our ensemble rehearsals a focus and seeing their group performances was equally as thrilling as they were all so different. We all became friends very quickly and were incredibly supportive to each other, wanting everyone to perform well and enjoying sharing our mutual passion.”

“I want them to know they can always achieve anything they set their minds to.”

Kimberley says her motivation throughout has been her children: “I want a career to provide a future for them and they have also seen me studying and shared in my successes. I want them to know they can always achieve anything they set their minds to.”

A personal and professional challenge 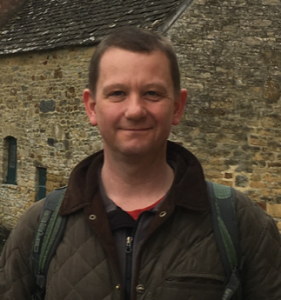 Forty-four-year-old Chris Day works as a Musician in the British Army playing trombone and piano for the Band of the Scots Guards, based in central London. He’d only studied to GCSE level before, with some vocational qualifications, but chose to embark on a BA (Hons) degree in music with the OU to challenge himself personally and professionally as a working musician.

Chris said: “I really enjoyed the performance because of the fact that there were so many people from diverse musical backgrounds coming together to make music as one.”

Voice teacher Sanne Hulst lives in Germany and is aiming to complete the new BA (Hons) music degree in 2019.  With a young family, Sanne started studying with the OU in 2008, completing a Diploma in Music and says distance learning works for her: “It is very practical when you have a family and a job to combine with your studies.”

Having sung in a semi-professional classical choral group for the past eight years, Sanne enjoyed the different atmosphere of the residential part of the course:

“It was refreshing to be given complete freedom and to create and compose music in a collective setting. It made me realise how much fun it is to create music together, jamming, ‘mucking about’ and ending up with a song (or two). I was amazed how much we achieved in such a short period of time. As a result of this, I was actually very relaxed during the entire process and really enjoyed performing outside my usual genre.”

Aiming for a career change

IT developer Matt Wilkey, 45, is studying for a BA in Humanities with Music, but aims to convert this to a BA Music degree when the course comes online later this year.  Although studying computer science at HND level when he was younger, he didn’t complete the course and he had insufficient music knowledge to study for a music degree at the time.

He wants to retrain to be a secondary school music teacher, and says that the distance learning experience isn’t impacting on family life: “I’ve enjoyed the flexibility of distance learning and so far have managed to avoid too much disruption to my family life.  I’ve had to develop time-management, discipline and self-reliance. I’m very grateful to have developed these and I would say that this course has developed these kind of characteristics just as much as my musicality.

“I have consistently been impressed with the quality of the OU materials and the support they give to their students. I wouldn’t hesitate to recommend the OU to anyone wanting to study for a degree.”

Study music with the OU

Find out about the OU’s new BA (Hons) in Music

Free resources and materials on OpenLearn