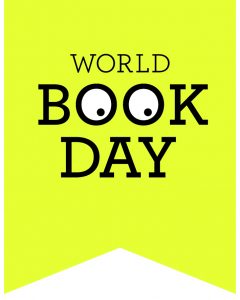 Bookshops, libraries and schools are starting to rethink the merit of dividing reading sections and recommendations into books for boys and books for girls. “There are some great examples of strong female characters that appeal to boys and girls in young adult fiction, especially with the recent popularity of dystopian series such as The Hunger Games and Divergent trilogies,” says Alex Hobbs, a tutor on the OU’s children’s literature course.

For younger readers, and to celebrate World Book Day, here are Alex’s suggestions for picture books that don’t conform to the usual presumptions about what boys like and what girls like, or what a ‘normal’ family is…

In this funny, touching book, Biff the dog longs to do ballet. After being told repeatedly that it’s not proper, he shows everyone that anyone can do anything, regardless of whether people approve or not.

2) The Paper Bag Princess by Robert Munsch and Michael Martchenko

The traditional prince and princess tale is turned on its head here. Princess Elizabeth is to marry Prince Ronald, but before their wedding day, he is taken by a dragon. Princess Elizabeth then goes on an action packed journey to rescue her Prince, much to his chagrin. The book also explodes the idea that girls should always be pretty and neatly dressed.

3) The Night Pirates by Peter Harris and Deborah Allwright

This is another book that defies traditional gender roles. Here the night pirates of the title are ‘rough tough little girl pirates.’ But it’s also an inclusive book. When Tom asks if he can come on the adventure, he is welcomed aboard the ship.

A bit like The Paper Bag Princess, this book shows that a princess can be as adventurous, brave, clever and confident as any knight or prince.

5) I’m a Girl by Yasmeen Ismail

The girl protagonist in this picture book is always being mistaken for a boy because she likes to wear shorts and T shirts and run around outside. Then she meets a boy who likes dresses and playing make believe with dolls. Yet despite their differences, the pair find they have lots of things in common.

This is one of only very few books that features transgender identity and it does so with sensitivity. Beyond gender identification issues, there are clear messages about rejoicing in what makes us unique and embracing difference.

Inspired by the behaviour of two real male penguins in Central Park Zoo, the story follows Roy and Silo’s longing to become parents. There has been a lot of opposition to the book, which celebrates gay parenting, and whether it should be given shelf space in school libraries. However, the authors tried to keep the story as close to the reality of the situation as they could. The only poetic license they use is to give Roy and Silo smiles when their chick arrives.

8) The Sissy Duckling by Harvey Fierstein and Henry Cole

This story challenges the idea that boys and girls have to behave in certain ways, but also shows the teasing and name calling that can follow if they are true to their interests and desires. The book emphasises that being yourself isn’t always the easiest route through life. The events of the picture book offer the reader the opportunity to think about what words such as sissy mean and what the intent behind these words is for those who use them.

Donovan’s sense of excitement over his two mothers’ wedding day and his role in the ceremony is communicated through the bold and colourful illustrations. It’s a joyful book that views the day through a child’s eyes. For Donovan, there is no teasing or any such issues raised, just the sense of anticipation from being part of the big day.

Research shows that it’s important for children to see cultural representations of their own identity and family formation. This book attempts to show every permutation of modern day family in a vibrant and positive way.Park by Joe Griffiths and

11) Picnic in the Park by Joe Griffiths and Tony Pilgrim

This is another picture book that explores the diversity of family construction. Jason is having a birthday picnic in the park and as his friends arrives, he sees the different kinds of families they come from. It also has space for the child reader to draw their own family at the end of the story.

Dr Alex Hobs is a tutor for AA100 The arts past and present and EA300 Children’s literature. To find out more about reading, writing, authors, literature, free learning resources and eBooks, visit OpenLearn.

Did you know that OU researchers created the world’s largest single resource capturing the reading habits of readers across the British Isles over the past 500 years?  Or that the OU helped national reading charity Book Trust to embrace the digital technologies which can motivate today’s young readers?