OU News
You are at:Home»Arts and social sciences»Society and politics»Behind the scenes of Trump’s turbulent global presence

A look back at the incredible history of Donald Trump’s international relations is the basis for a new and richly-observed three-part documentary, co-produced by the BBC, The Open University and Brook Lapping.

Trump on the World Stage begins tonight, Wednesday 10th February at 9pm on BBC2 just as the second impeachment trial of Trump begins this week in Washington.

After one of the most shocking presidencies in history, this series hears from top advisers and the leaders who clashed with this most unorthodox of US leaders as he conducted his foreign affairs.

Shaking up the world order

Insiders, former aides and world leaders past and present, bear witness to previously unheard accounts, as the series considers the impact Trump has made on politics and international relations.

OU academic consultants on the programme are Dr Filippo Boni and Dr Precious N Chatterje-Doody both Lecturers in Politics and International Studies in the Faculty of Arts & Social Sciences. 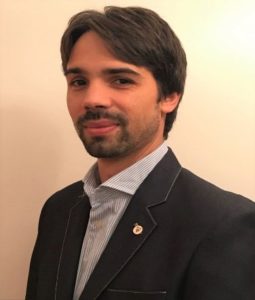 Dr Boni’s research interests concern foreign policy decision-making and the politics of Chinese investments in South Asia and Europe, as well as the International Relations of South Asia, with a particular focus on China’s Belt and Road Initiative (BRI).

He explains how Trump’s presidency shook up the existing liberal international order:

“The Presidency of Donald Trump has represented one of the main challenges to the rule based international order, and it was particularly significant as it was coming from the US, the country that has been both the main architect and promoter of this order.

“We often tend to think of the challenge coming from countries beyond the West but, in fact, between 2017 and 2020 it has unfolded from inside.“

In the first episode, Trump falls out spectacularly with some of America’s oldest allies as he relentlessly pursues his “America First” agenda. From withdrawing from the Paris Climate Accord to cosying up to Vladimir Putin, Trump shatters the status quo.

Trump’s unorthodox way of engaging with fellow international leaders is explored and illustrated with colourful anecdotes, such as when he took former Prime Minister Theresa May by the hand on her visit to the White House.

The first episode also gives insight into Trump’s attitude to Russia which startles his counterparts and his infamous first meeting with Vladimir Putin. 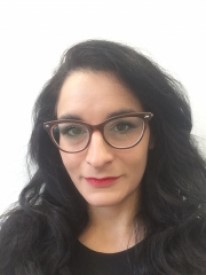 The relationship between politicians and the media is explored, explains Dr Chatterje-Doody

Dr Chatterje-Doody explains how Trump’s attitude to Russia changes, from the 2016 elections to the first impeachment trial which saw him acquitted:

“Allegations of interference in the 2016 elections undermined Trump’s position, so he had an interest in dismissing and not engaging with them. We’ve seen him apply the same logic in reverse whilst trying to undermine Biden’s victory in 2020.”

The series looks at big topics such as freedom of speech and conspiracy theories too:

“Conspiracy theories give people an easy way to make sense of harsh and complicated realities: ‘the elites must be conspiring against the people.”

Chatterje-Doody’s research in the sphere of international relations, is centred around questions of communication, perception, identity and security. She looks at state approaches to security strategy and foreign policy decision-making, as well as the ways in which states communicate these approaches to domestic and foreign publics.

Across the episodes the series considers questions over the rights and responsibilities of broadcasters when giving politicians a platform:

“Trust in politicians and the media had been declining in the US long before Trump won the presidency, and his defeat won’t magically fix this problem,” says Dr Chatterje-Doody.

Find out more about the topics in the series on OpenLearn, for extensive resources and information including: Five things you need to know about US-China Relations and Trump’s international relationships in Tweets.

This series was commissioned by Broadcast and Partnerships and is supported by Faculty of Arts and Social Sciences, with particular relevance to Q11 – BA in International Studies, BA (Honours) History and Politics and Q45 – BA (Hons) Politics, Philosophy and Economics.