OU News
You are at:Home»Around the OU»TV and radio»Bees, birdsong and butterflies: public connects with nature during lockdown

Whether it’s listening to birdsong, strolling along leafy paths or just staring upwards at a cloud arrangement, many of us have become struck by nature’s beauty in 2020.

OU Pollinator Watch is a citizen science social project which ran on the award-winning nQuire platform as part of BBC2’s Springwatch and went live during the first lockdown in the UK.  The Academic Consultants on the series and authors of the mission were  Dr Clare Lawson , Lecturer in Environmental Sciences and  Dr Andy Morris, Senior Lecturer in Geography, at The Open University.

The project had more than 7,800 responses from all across the country, with bees the most common pollinator recorded. The project’s ambition was to engage the public in a learning exercise that could be conducted safely during a pandemic and also help the nearly 8,000 respondents who took part to learn about different types of pollinating insects, why they are important and why they need our help. 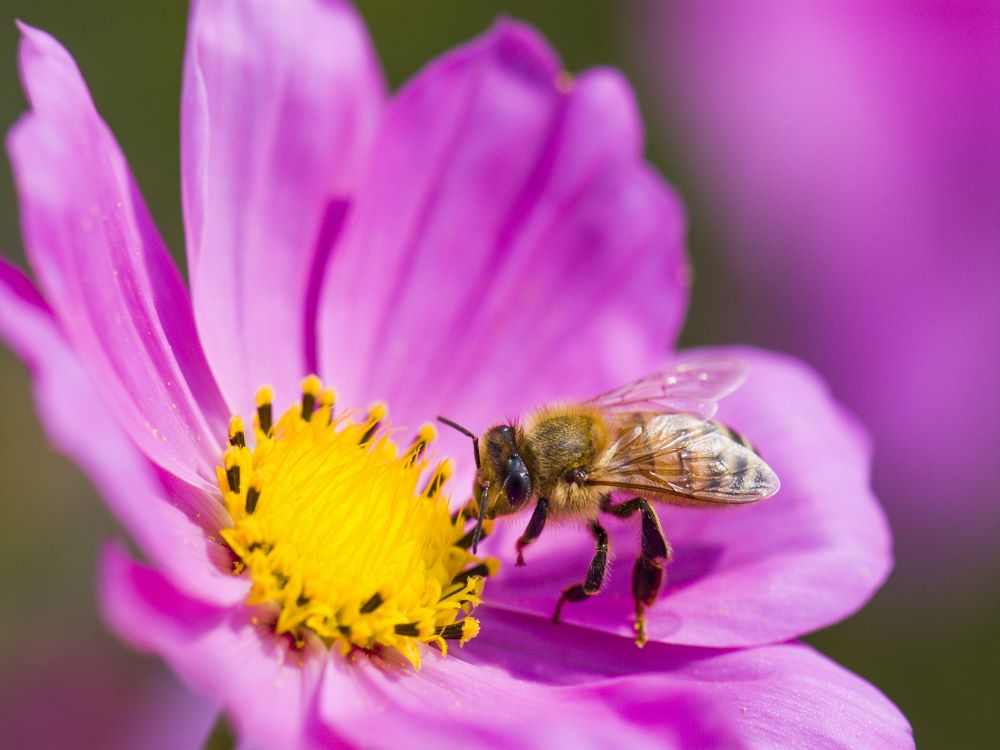 Observations of pollinators came from 123 of the 124 postcode areas, with 4.8% of contributions from the Oxford postcode area. Over 80% of observations were from gardens, this was followed by 11.5% ‘other’ which included allotments, window boxes and woodland.

The final findings from the project have now been published, with an expected high level of engagement amongst dedicated wildlife watchers. Their contributions have helped to inform this important study, which can advance knowledge of the UK’s natural world.

The results revealed that 19.2% of participants would not normally observe or identify pollinators and 10.9% were unaware of the threats they face. The great majority of respondents (90.5%) were doing things already which can help insect pollinators, and who reported that they planned to continue doing this in the future. The vast majority stated that they had planted species of flowers with pollinators in mind.

“One of the striking findings was that more than 70% of participants said that the Government restrictions due to Covid-19 made them pay more attention to nature than before. Participants had more time to spend in their gardens, allotments or to go walking, which helped them notice natural sounds, observe nature closely, or take actions such as planting flowers or learning more about local natural areas.

“This finding is significant as it comes at a point of time when biodiversity is declining and there is an urgent need to raise awareness and take action that can benefit both the environment and our own mental health.”

The Open University team behind the nQuire project is now working to produce a journal paper reporting these outcomes in more detail.

Louise is part of the External Communications Team, working with Media Relations and Social Media Engagement Team. When she is not working, Louise is studying for BA (Hons) in Arts and Humanities (Creative Writing) with the OU. Louise enjoys playing netball, reading, watching her beloved Chelsea FC and motorsport, while raising two boys.