OU News
You are at:Home»Around the OU»A Year to Change the World: Q&A with OU Professor Neil Edwards

The final episode of the three-part series, Greta Thunberg: A Year to Change the World, airs tonight at 9pm on BBC One. The documentary is co-produced by The Open University and BBC.

In this episode Greta looks at how COVID-19 has posed a challenge for tackling the climate crisis. She meets with German Chancellor Angela Merkel to demand more rapid action to tackle the climate emergency.

The Open University is very proud to have helped with the series, with academic consultants Professor Neil Edwards, Dr Emma Dewberry and Professor David Humphreys being involved in advising and shaping the script. 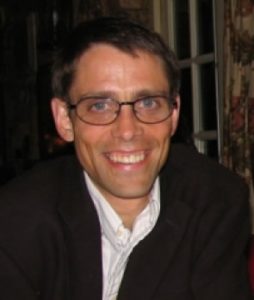 Here, Professor Edwards answers some of the important issues relating to climate change.

What are three easy things we can all do to tackle climate change?

First of all, we can use less fossil energy, by travelling less by car and by plane, taking public transport, walking or cycling instead, and using less energy in the home.

Secondly, we can change our diet, eating less meat and dairy produce, and in-season or locally grown fruit and vegetables rather than food that has been flown half-way around the world. And thirdly, by making our voices heard, as consumers by making the right choices, and as citizens talking to friends and colleagues about climate change and questioning our bosses and MPs about their choices.

Are small changes really enough to make a difference?

Well yes and no. No, because a few small things won’t do it, as a society we have to make massive changes because we have left it so late, and it’s not enough for a few individuals to change, we need businesses and politicians to act as well. But in another sense yes, because it is only by millions of people making lots of small changes that we can make a massive change overall.

Is there still something we can do to reduce global warming?

Yes, we have to massively reduce emissions, and that can be done, if millions of people all over the world are able to make the right choices to reduce their own individual contributions to climate change. There are technologies that can help, for instance by taking CO2 out of the air or by boosting plants’ uptake of CO2, but the ones that are safe and don’t risk doing even more damage elsewhere in the Earth system, can only make a relatively small contribution. We will need those small negative emissions to balance out the last traces of emissions and reach net zero, but only massive reductions in fossil fuel use can really solve the problem.

That’s an interesting question. It’s really about time scales, as there are many different impacts of climate change. Some aspects of weather patterns, for instance, reverse very quickly in days or years if greenhouse gas concentrations reduce, while others, such as sea level rise, and glacial melt, may take decades, centuries or millennia to recover. Some things, though, are lost forever, loss of species and biodiversity is effectively permanent and that’s one of the most urgent concerns.

Are we past the point of no return with climate change?

The Earth system has a whole variety of so-called tipping points, where as the planet warms suddenly a threshold is exceeded and a big change occurs, that may be effectively irreversible on human timescales, like the melting of a glacier or the loss of a tropical forest ecosystem. It’s hard to predict exactly where these tipping points occur, but what we do know now is that many are a lot closer than was believed 10 or 20 years ago, when most were considered to become a risk around 4 or 5 degrees of global warming. Recent research shows that some may occur below 2C warming and some may even already be passed. Nevertheless, the important thing is there is no single tipping point, but many different ones, every vulnerable species, for instance has a separate tipping point, and the more we can limit climate change the better are our chances of avoiding the vast majority of tipping points.

How do you imagine the world’s weather systems will change in the next 5-10 years?

That’s a complicated story and there’s lots of research on that, but the basic story is pretty simple. Warm air holds more water, we expect the water cycle to get stronger, so as a general rule wet places will get wetter and dry places will get drier. Hurricanes and tropical storms get their energy from the surface ocean, so as the ocean heats up, those storms get stronger, but temperatures on land in general are likely to rise more than ocean temperatures. The other factor is an increase in variability in some places, with more extremes.

Which region or continent do you think will be worst affected by climate change?

The most vulnerable states are probably the small island states that risk permanent inundation from global sea level rise under even a relatively small additional level of warming. But equally, you could argue that the polar regions, Canada and Siberia for instance, are amongst the worst affected because warming is strongly amplified towards the poles, or you could say the tropical regions, where sensitive biodiversity hotspots such as rainforests are at great risk, and many peoples livelihoods depend on fragile agricultural ecosystems. In truth everywhere is affected, and in a connected world, we are all affected remotely by impacts elsewhere, but it’s largely to do with intrinsic vulnerability, and in some sense the poor tend be the worst affected, wherever they are.